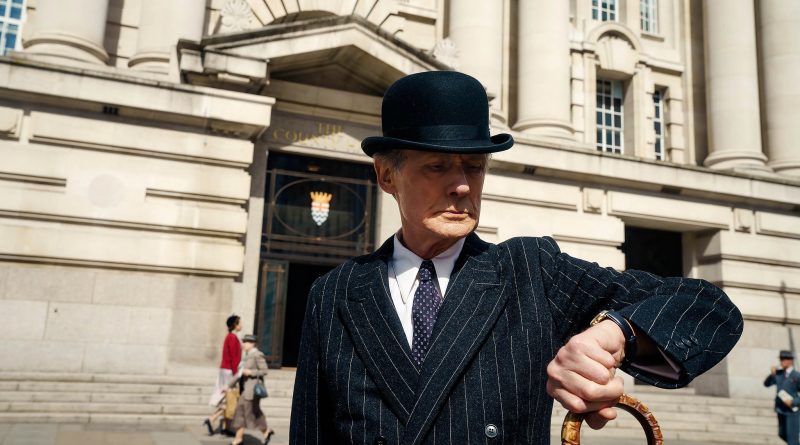 There are some very smart filmmakers who would rather gnaw off their own hand than risk remaking a lauded classic, and then there are the filmmakers of Living. Director Oliver Hermanus and writer Kazuo Ishiguro have that rare mix of hubris, knowledge of film history, and love of subject that have led to adapting the screenplay of writer/director Akira Kurosawa’s 1952 masterpiece Ikiru. To spend time comparing the two films is to miss out on the visual splendor, the layered beauty, and exquisite sadness of this new, decidedly Brit-centric iteration. Audiences who know the original will not only be drawn to rewatching Kurosawa’s film, they’ll find Bill Nighy’s nuanced interpretation of central character Mr. Williams heartbreaking and effecting, and the 50s-era post-war London setting fascinating. To be sure, Living is different enough and good enough to be compelling and worthwhile on its own.

Nighy is joined by an impressive list of costars that bring the same level of authenticity and emotional commitment to the retelling of a story of aging government worker, in this case a Mr. Williams, who journeys into self discovery only after the diagnosis of terminal cancer. The news leads to Williams seeking a way out of his stilted, stifling routine-driven, controlled life, beginning with a trip to the shore. There he meets and reveals his state to disaffected writer Sutherland (Tom Burke), who shares a long night in the most colorful, raucous parts of town. He develops an intimate friendship with a young former colleague, the inquisitive and vivacious Margaret (Aimee Lou Woods of Sex Education). At a luncheon together, she tells Williams the secret office nickname she used for him, Mr. Zombie. Later, in the late-night pub scene when he reveals his illness to her, there is just a subtle shift in tone in those beats between them, but together the actors command the air around them with a startling level of precision.

Nighy’s performance, especially as he partners in scenes with Lou Wood and Burke, is anchored in a universality of human yearning for meaning and connection that will resonate with viewers of all ages. It isn’t an emotional rollercoaster, it is heartbreak in slow motion. Other actors are building the emotional arc of the story together. Living is a thespian study in collaboration.

Beyond performance and cinematography, music also plays an important part in Living’s storytelling. A combination of nostalgic mid-century easy listening like Yesterdays by Jackie Gleason, the use of lush symphonic and solo piano cues in the score by Emilie Levienaise-Farrouch (thanks for hiring a female composer), and classical pieces like the weepy gut-wrencher Fantasia on a Theme from Thomas Tallis add an emotional layer to the stylized visual language of the film.

Ishiguro, who moved from Nagasaki, Japan to Britain as a six year old in 1960, is a renowned novelist who won the Man Booker Prize for his novel The Remains of the Day and the Nobel Prize for literature in 2017. Here, much like Kurosawa uses as a framework for his film, Ishiguro creates a call to living in the now through the cautionary tale of one man’s struggle and acceptance of his own mortality.

Living was acquired by Lionsgate for UK distribution and famed Japanese company Toho, distributor of the original Ikiru will be releasing it in Japan. If the film finds partners for more expanded distribution, and it damn-well better, there will be plenty of viewers who will not have seen Ikiru, and while perhaps they should seek out the Kurosawa classic, Nighy’s performance and the evocative cinematography that captures mid-century London make Living a memorable film that will have its own staying power and great value in repeat viewing. Shame on any critic that points to Ikiru in denying the richness of Living. Note to Hermanus and Ishiguro: Kurosawa would be proud.