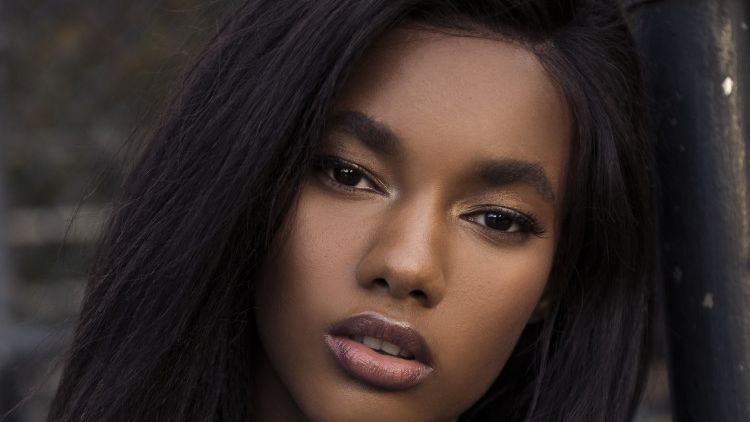 Master, written and directed by Mariama Diallo, premiered recently at the Sundance Film Festival. Receiving many accolades, the film has also been picked up for distribution via Amazon Prime Video beginning March 18, 2022. I recently had the honor of sitting down to talk with Diallo to discuss all the real-life inspiration to tell this haunting tale.

Pamela Powell: I would love to hear more about the impetus for telling the story of Jasmine, a young Black woman attending a prestigious and primarily all-white university and why you set the story in the genre of horror.

Mariama Diallo: I had gone to Yale, and … I drew a lot from that school to create Ancaster. I had a very pleasant experience [at Yale]. I made amazing friends, I really enjoyed my professors, and I had great classes, but there’s a lot more going on beneath the surface. It really came to the forefront after I ran into the former “master” of my residential college. It was bizarre and it immediately laid bare this strange, perverse relationship that I had entered into as an 18 year old. I really started thinking about my time there and what else had been going on that I was perhaps not thinking about at the time. I think that I had a perfectly pleasant time as a student there because of my ability to not see a lot of things that were also going on. As I was writing the script, the process was also peeling back the surface, superficial pleasantness and looking at a lot of the shots that I had taken to my body, not literally but the wounds were still there. It’s kind of like finally after years, looking under my sweater and seeing that I’m bleeding all over the place. That was horrific. There is a lot that I had to do to myself and my way of moving through the world to get through that experience successfully. But in order to see and examine it truthfully, I had to pull off all of the bandages and re-expose myself or actually in some cases expose myself to pain that I had intentionally avoided. That felt like a horror. I wanted the visual and emotional experience of the film to mirror the personal experience that I went through and the creative experience also of uncovering all of these ghosts that had been around me for years.

PP: It sounds like a really painful experience to go through the writing process, but did you also find it to be maybe a healing one as well?

MD: Definitely. It was very, very healing and it was a necessary process for me because I think that I had to look in order to fully close that chapter and be the person who I am or would like to be. I had to truly look with my eyes wide open. Within the film, one of the core problems I would say of the school is the inability of that institution to look at itself truthfully. I couldn’t call them out on that and not do the same for myself.

PP: My daughter is in grad school and one of her good friends is Black and she talks about experiencing all these microaggressions. Obviously, your experience is a common one that so many can relate to and learn from. What do you hope young women of color will take away from this film to help explore their own emotions in a better way, in a in a positive way, in a healing type of way?

MD: I think that most importantly of all the things is that young Black women who have been through this is that we that we feel seen, that we feel spoken to, and heard, and acknowledged. With microaggressions like that, I think that one of the most traumatic parts of it is that it’s easily dismissed, and it’s not readily heard or believed. It can be perceived by the non-Black person as an overreaction or as a misinterpretation. To put those in this film and ideally [to] have black women watch it, it’s like we’re not crazy. The whole ghost aspect of this story also mirrors the experience of being a Black person and trying to raise your hand and say this is happening to me right now, and not being taken seriously and not being believed. That is the biggest gift that I could give back or just the biggest gesture is [that] it’s real. There’s a part in the film where Sasha who is one of Gail’s (Regina Hall’s character) students and she runs into Jasmine in the bathroom, the only other black woman student who we see in the film, and she says to Jasmine, “You’re not wrong.” That’s basically what I would also want to be able to give is to say you’re not wrong. I think that that has big value today.

PP: I want to talk about Regina Hall’s character Master Gail Bishop who experienced a lot of these micro- and macro-aggressions, but she experiences them a little differently than the character of Jasmine’s, perhaps having to do with age and experience. Tell me about balancing that.

MD: The difference between how Gail moves through Ancaster and how Jasmine experiences the school is in part generational. Gail really comes from a generation of Black women who were really told just keep your head down. The strategy is to endure any number of abuses and slowly progress your way forward towards whatever goal it is that you set. Also for Gail, having been at Ancaster for the amount of time that she has, similarly to what I was saying about myself the way that I had to have blinders on in order to move through the school and not perceive all of the undercurrents that were swirling around me, Gail is well-practiced in that. When we meet Gail she’s really alien to herself. I don’t think that she’s existing within herself, from within her body too much. But for Jasmine, everything is so much more visceral because we’re meeting her right at the moment of contact at the school. This is a huge rupture in her life and in the way that she had percieved herself before. For me, it was interesting to see both sides of that coin. And to see Gail try to coach Jasmine to be more like her; Gail’s suggestion is essentially to stop feeling, and just move forward which is not the advice that I would give to somebody! I don’t think that that was the advice that Jasmine needed, but I do think that that is what has gotten a lot of black women through some hostile situations.

PP: I’ve gotten the wrap sign which I am just devastated by because I wanted to ask you a little bit about gender in this role but maybe for another time. Mariama, thank you for making this film.

MD: Thank you, thank you for that.