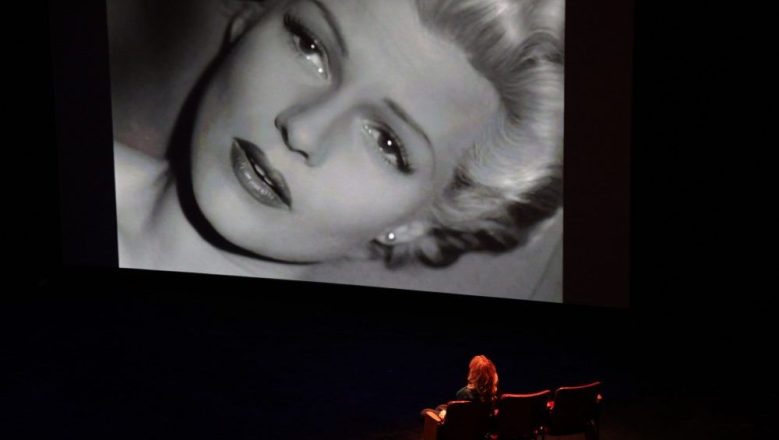 In her new documentary Brainwashed: Sex-Camera-Power, director Nina Menkes cues up a bathtub scene from 1972’s Superfly. Guess what happens? From a close-up of a man and a woman, the camera glides down the woman’s back to her buttocks, then shows her breasts while the man stays discreetly in the suds.

Compiling nearly 200 clips since 1896 from popular, classic, and indie films, Brainwashed analyzes certain filmmaking techniques that continually view women as objects. Debuting at the 2022 Sundance Film Festival, the film stirs feelings of solidarity among anyone tired of seeing women shot in certain ways—along with frustrated anger.

It also serves as an enlightening rallying cry for other voices and viewpoints in entertainment. Besides causing insecurity and self-hatred, these techniques can otherize anyone, including people of color and the LGBTQIA community, the film notes.

Shot design is sneakier than the bias that audiences and filmmakers now recognize in certain dialogue, screenplays, and plot points, Menkes says. The independent filmmaker sees a connection between gendered “visual language” and discriminatory hiring practices, especially in Hollywood. She says it also causes predatory attitudes around sexual abuse and assault and a disconnect that prevents us from seeing others as fully human.

Menkes frames Brainwashed around Sex and Power: The Visual Language of Cinema, her regular presentation as a faculty member at the California Institute of the Arts. However, she’s written and lectured about this elsewhere, notably in Filmmaker magazine in 2017 and at Sundance in 2018.

Brainwashed opens with an air of mystery, its own camera gliding along an empty hallway to a Hitchcockian score from Sharon Farber. Yet some clips Menkes points out (such as the Superfly scene and the topless girls’ locker room during the opening credits of 1976’s Carrie) are so glaring, viewers might be surprised by how often they’ve glanced over this sort of thing.

The techniques she discusses include framing women with fragmented body parts, often breasts, buttocks, lips, and eyes. Filmmakers use 2D lighting on women, such as Rita Hayworth in 1947’s The Lady from Shanghai, to depict them without aging or depth; meanwhile, 3D lighting gives men character. In addition, the camera seldom moves in slow motion along a man’s body to sexualize him.

Like 2019’s This Changes Everything, Brainwashed recounts how women filmmakers such as Alice Guy Blaché thrived through the silent film era. The advent of sound and male-dominated film financing pushed them to the sidelines.

Since then, this (often white and heterosexual) male view has popped in films from 1927’s Metropolis through more modern films such as Do The Right Thing, Raging Bull, and Once Upon a Time … In Hollywood. Even today, it’s prevalent and entrenched that women directors are “conditioned” to shoot a certain way, the film says, citing shots from Wonder Woman, Lost in Translation, Hustlers, Titane, and Cuties.

These might be conscious or unconscious choices, but they’re “deliberate decisions,” Menkes says.

Brainwashed doesn’t delve into the context of any clips, nor does it include comments from directors whose shots Menkes highlights. (In a post-film discussion, she said that she avoided context to focus on the shot design techniques. She also reached out to representatives of “all the big directors, including Scorsese and Spike Lee and Sophia Coppola and Patty Jenkins … it was quite a long list.” None wanted to respond on camera.)

While this might make viewers feel defensive about their favorite films, or question Menkes’s choices (such as using moments from her films as contrasting examples), Brainwashed still makes us question how often audiences accept these techniques—and encourages creatives to do better.

“When we’re talking about these scenes, they’re not really about sex. They’re about power,” Menkes says. “The person who is shot like this is not empowered.”