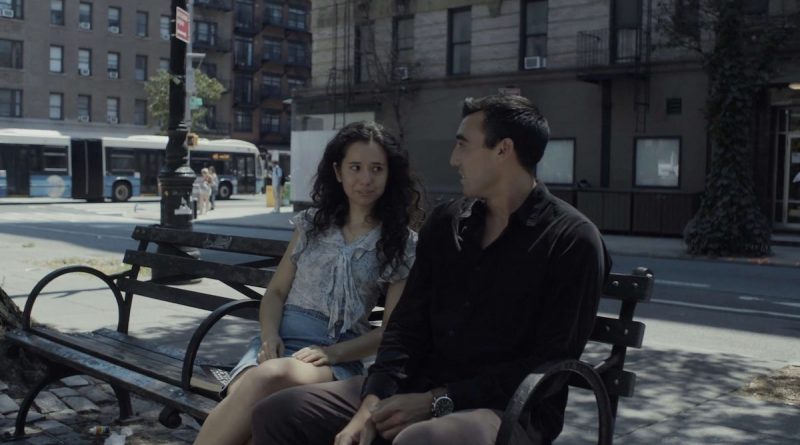 Filled to the brim with post-mumblecore smarts, Kit Zauhar’s Actual People is the perfect blend of great old school indie film energy while very much being of the now. A romantic drama, an intimate close up of college life in New York City, and a snapshot of a young woman of color trying to find her place in the world, Actual People’s charm is that it is never pompous or smug enough to brandish its themes gratuitously. Rather, it confidently meanders through an episodic series of encounters that are engaging in and of themselves. But when all put together in the savvy way Zauhar configures it, unite to make a much bigger picture than each of its individual components might at first suggest.

Whether its friends, lovers, family members or the other people that the film’s Asian-American protagonist Riley (played by Zauhar herself) comes across as she drifts from day to day, there’s a charming focus on the minutiae of these encounters that, while not for everyone, make the film oddly difficult to turn away from, even if the topic of conversation is bubble tea or yeast infections.

We meet Riley just as she is about to graduate, a realization that strikes her with a deep sense of disorientation. Worried about her grades and recovering from the end of a long-term relationship with David (Randall Palmer), a strategy of distraction takes over as she parties with her friends and looks for briefer, less serious sexual encounters. A crush on Leo (Scott Albrecht) seems to be just what the doctor ordered and soon takes center stage for Riley at the expense of almost everything else.

Consisting of wordy vignettes, banter in Actual People is the name of the game and stops the film collapsing into sentimental coming-of-age cliches. Now playing the Slamdance Film Festival on the back of its 2021 world premiere at Locarno, Zauhar has certainly made a splash with her confident feature film debut. Actual People is a sharp, smart, poignant drama, filled with a spirit of truth and resilience.