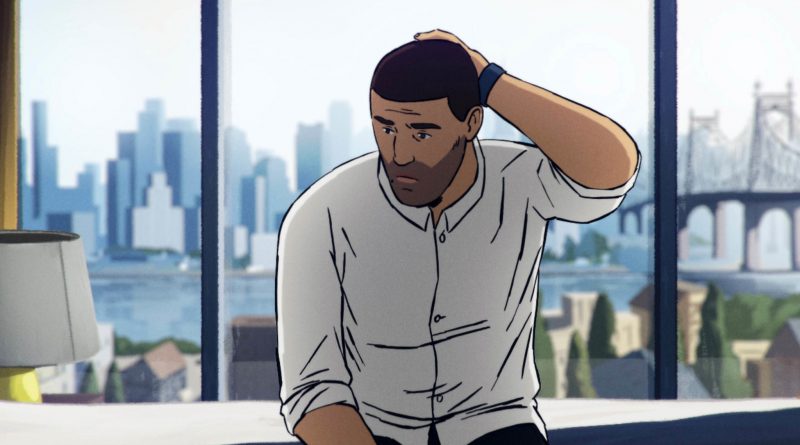 In an unusual but appropriate twist, FLEE has been considered for an Oscar in three categories: animation, documentary, and international feature. FLEE triumphs on these tripartite bases as not only an innovative work of animation but also a document of the life of a refugee.

For international consideration, FLEE was directed by the French/Danish documentarian, Jonas Rasmussen. Rasmussen met Amin Nawabi (a pseudonym) when the boys were teenagers in Denmark who met at the bus stop on the way to school. Rasmussen was the grandson of Jewish emigrés from Russia’s pogroms. However, when he met Amin, he did not know that Amin was also an emigré.

For years, Amin had been unable to tell the story of his plight and flight, but when he was 30 and ready to marry his boyfriend, Amin found the courage. Even though the boys had grown apart as they had grown to manhood, Amin finally confided in his old friend. The more the filmmaker learned, the more he longed to turn Amin’s life into art.

How to tell the story of a child deflated and defined by the shadowy burden of flight? A child who’d suffered literally unspeakable horrors as he fled from Afghanistan as an unaccompanied minor. He was afraid, in part, due to culture. “In Afghanistan, homosexuality does not exist,” he says.

More than that, Amin explains, “When you flee as a child, you’re on your guard, always — even when you are in a safe place.”

So Rasmussen smartly turned to animation to retell Amin’s story of fleeing from Kabul to Russia to Copenhagen, from a Muslim land to a Christian country. Adult animation established the necessary distance. And juxtaposed within that sharp and remarkable technique, Rasmussen embedded the visual language of vintage films, skillfully edited to situate Amin’s story in time and space.

The result reveals multifoliate fear through filmic beauty that affects the viewer inside and out.