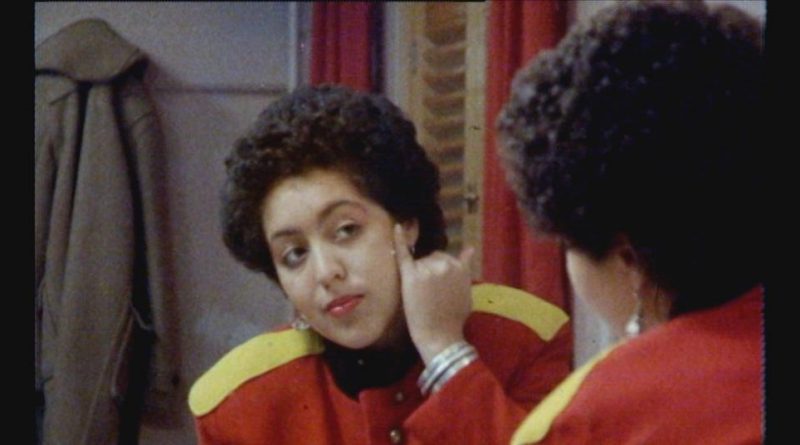 As Pauline Black of the band “The Selecter,” puts it, “The world is playing catch up with Poly Styrene, not the other way around.” That’s one of many insights and revelations in the documentary Poly Styrene: I Am A Cliche, about the musician and writer who blazed a trail in the London punk/rock scene between 1976 and 1979 with the band she founded and fronted X-Ray Spex. The documentary is co-directed by Poly’s daughter Celeste Bell and represents the young woman’s moving attempt to chronicle and honor her mother’s life and to reconcile their often fraught relationship.

There’s irresistible footage from the era including fashion-forward Poly onstage at dingy basement clubs belting out her 1977 hit single “Oh Bondage Up Yours!” which became an anthem of the punk movement. Born Marianne Joan Elliott-Said, raised by a single mother in the hardscrabble Brixton section of London’s East End, she adopted her rock and roll name as ironic commentary against plastic and consumerist culture. As a child she suffered abuse and discrimination for being biracial but by her teen years found other outcasts in the nascent punk scene. But Poly was too original and too sensitive, as friends and colleagues note, for the sexist music business and the often misogynistic punk culture (The Sex Pistols’ Sid Vicious locked her in a bathroom during Poly’s visit with the band.)

Narrated by Bell with Ruth Negga perfectly capturing Poly’s vocal inflections and cadence as the British actress reads Poly’s reflective diary entries, the film tracks Poly’s rise to fame, her mental breakdown, recovery, attempt at a comeback and her embrace of Eastern religion including living with her infant daughter in a Hare Krishna commune. Celeste was taken away from Poly and placed in the custody of her grandmother. But years later, Celeste and her mother reconciled, a connection cut short by Poly’s death from breast cancer in 2011 at age 53. The documentary is an important testament, especially when musicians such as Black and Neneh Cherry talk about Poly’s powerful example to them as young women outside the mainstream and her ongoing influence as an artist who marched to her own beat.