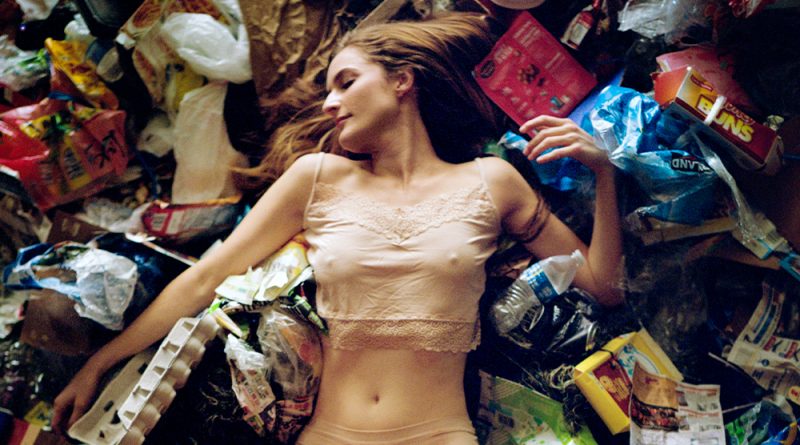 Shapeless, directed by Samantha Aldana, stars Kelly Murtagh as a woman struggling with mental health issues that make themselves known through disordered eating.

Murtagh co-wrote the script (with Bryce Parsons-Twesten) based on her own experiences with bulimia.

As Ivy, she plays a singer in New Orleans, performing with a small group by night and working at a dry cleaners by day.

Her endless struggle with her eating disorder is the focus; Ivy sings the blues, literally and figuratively, throughout the film.

Her bulimia is particularly destructive in her case as the relentless vomiting is scarring her esophagus and ruining her vocal chords, not an ideal situation for a singer.

The camera presents Ivy’s view of the world in an unflinching fashion. At the grocery store, for example, a stranger’s comments on her purchases (candy and junk food) prompt a nightmare of anxiety and furtive behaviour; she is hiding her disorder and literally hiding from other people for much of the film.

The mirror shows her a grotesque and monstrous transformation, the horror of her psychological illness made physical.

Visual distortion and grotesque wounds and disfigured body parts present Ivy’s view of the world and of herself.

This vaguely hallucinogenic hellscape of self-loathing and shame is tough to watch. The character’s psychological disintegration is harrowing.

Shapeless is beautifully made, but the pace is meandering and the story is sometimes difficult to understand. The lack of context means one is trapped in another’s breakdown with no escape and nowhere for empathy to get a toehold.

The cast includes Jamie Neumann as a barmaid/colleague and Gralen Bryant Banks and Bobby Gilchrist as fellow musicians.

Shapeless is extremely difficult to watch, which may well be the point. It is likewise difficult to recommend.