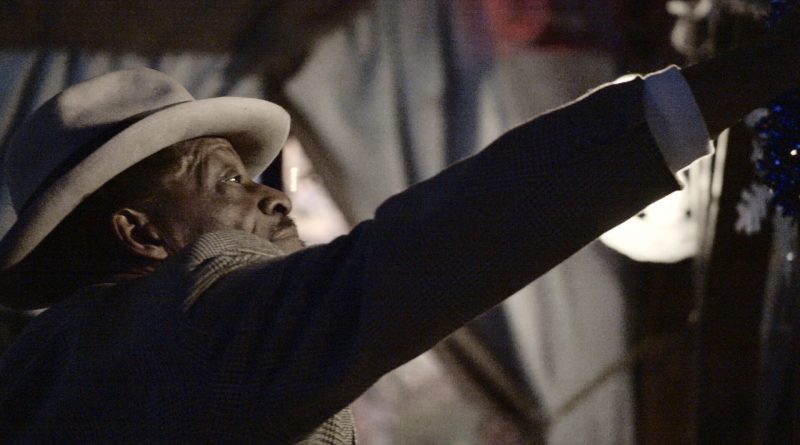 There is perhaps nothing more exciting than the discovery of a true indie film treasure; a film that, despite its visible budgetary constraints, pushes the envelope in ways that a price tag cannot be affixed, like a quality screenplay, solid direction and a talented, passionate cast. Exhibit A is Christina Kallas’ powerhouse Paris is in Harlem, now playing at the Slamdance Film Festival.

A complex, densely woven ensemble film, the movie tracks a number of characters whose paths cross at the real-life Paris Blues jazz club on Adam Clayton Powell Jr Blvd in Harlem. Explicitly framed around the day that the so-called “no dancing law” was finally repealed in New York in 2017, this devastating law that was used since 1926 to quash jazz and other music with ethnic ties, this moment in far-too-recent history is mobilized to bring a range of questions that permeate the film more broadly to the fore, particularly around race.

But this is no simplistic, finger-wagging venture into soapboxing – far from it. Rather, Kallas and her equally talented collaborators bring together a tightly bound story about a range of characters from different backgrounds, with different challenges and different experiences to the one place on the one night where a shooting we hear off camera at the beginning of the film structures a sense of cannily played dread and inevitably regarding what is to come. But this is never overcooked; the film is not a thriller or a crime movie, and instead what we have is more broadly a complex, authentic portrait of the city itself.

Music naturally forms a central core to this, and at the heart of the film lies Sam (Leon Addison Brown) who runs Paris Blues where the free jazz flows. Surely inspired by the real-life civil rights activist Samuel Hargress II who owned the bar until his death from Covid in 2020 and to whom Kallas dedicated her film, the bar itself had previously appeared in Nadhege Ptah’s 2018 short Paris Blues in Harlem in which Hargress had made a brief cameo. Paris is in Harlem, however, is very much its own film and even greater than the sum of its already impressive parts; a joyful, loving, euphoric snapshot of a city and its people at a key historical moment, Paris is in Harlem delights in letting the jazz flow.