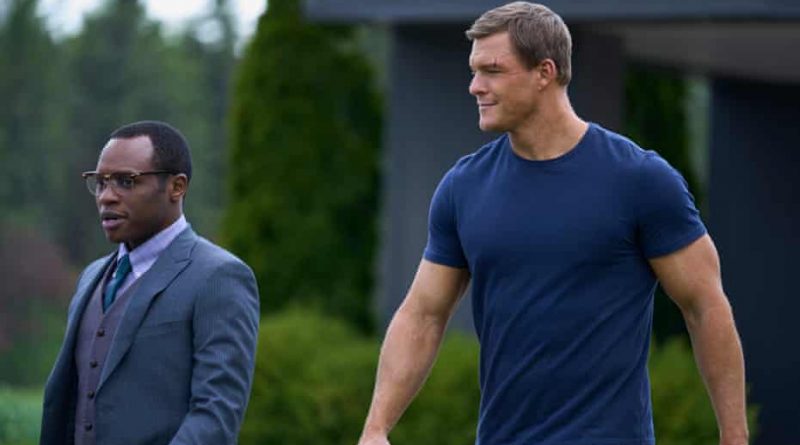 A former military police officer-turned-hobo, hyper-analytical Reacher has acute powers of observation which come in handy when he’s arrested and accused of murder.

This saga begins as 6’5”, 250-pound Reacher gets off a bus on the outskirts of the small (fictional) town of Margrave, Georgia, and casually saunters into a diner. Before he can take a bite of the peach pie he ordered, he’s suddenly taken into custody by the local police who demand to know why he’s there.

So terrified Hubble and taciturn Reacher are taken to the local prison, where they’re brutally ‘targeted.’ That bone-crunching encounter, along with another skirmish at the local motel, leads to Reacher’s realization that the once-dire economy of Margrave has been totally revitalized by a mysterious enterprise known as the Kliner Foundation, and there’s a twisty crime conspiracy just waiting to be unraveled.

Jack Reacher is a fascinating character. Living off his military pension, he’s a stealthy loner who relishes his anonymity, traveling around the country with only a folding toothbrush, lapsed passport and the clothes on his back.

FYI: If gigantic Ritchson looks familiar, he spent three seasons as the crime-fighting Hawk on the Titans series.

FULL DISCLOSURE: My son, Don Granger, is one of the producers.

On the Granger Gauge of 1 to 10, Reacher is an authentic, action-packed 8, streaming on Amazon Prime.