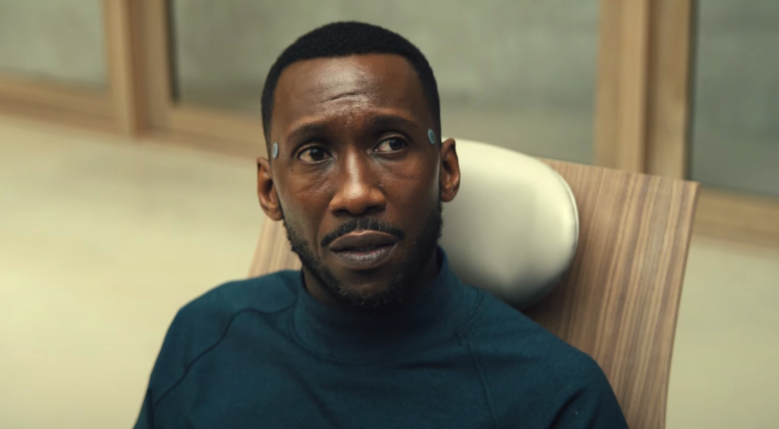 Actor Mahershala Ali has received a well-deserved BAFTA nomination in London for his dual role in the Apple TV+ sci-fi drama Swan Song.

In 2017, Ali won his first Academy Award for his supporting performance as the dope dealer in Moonlight and a second supporting Oscar in 2019 for Green Book, in which he played jazz musician Don Shirley. Now, in a dual tour-de-force, he’s competing in the leading actor category – with additional producer credit.

Written and directed by Benjamin Cleary, making his feature film debut after winning a 2016 Oscar for his short film Stutterer,”this story is set sometime in the future, when advertising artist Cameron Turner (Ali), who has been suffering headaches and seizures, is diagnosed with a terminal illness.

Acknowledging his fatal prognosis is the first step, according to Dr. Scott (Glenn Close), who offers Cameron a unique opportunity to shield his family from grief.

If he chooses not to tell his wife Poppy (Naomie Harris) about his inevitable demise, he can be replaced by a molecularly regenerated ‘healthy’ clone.

But he’s warned: “The second you tell your wife that you are dying, your opportunity to do this is gone.”

The obvious challenge for Mahershala Ali was differentiating between two physically identical characters. Resentful, sorrowful Cameron is obsessed with memories, particularly those involving his beloved Poppy, and he’s not really ready to surrender his life, while Jack (as the android clone is called) tries to comprehend his new existence.

Since Cameron is only the third person to participate in this still-experimental procedure at Dr. Scott’s luxuriously forested facility – he commiserates with Kate (Awkwafina), a real estate broker who preceded him and is now in hospice care.

And if the premise seems familiar, it’s similar to the Black Mirror episode Be Right Back.

FYI: Mahershala Ali has been cast as Blade in upcoming chapters of the Marvel Cinematic Universe, as teased in the Eternals closing credits.

On the Granger Gauge of 1 to 10, Swan Song is a soulful, secretive, syrupy 7, streaming on Apple TV+.