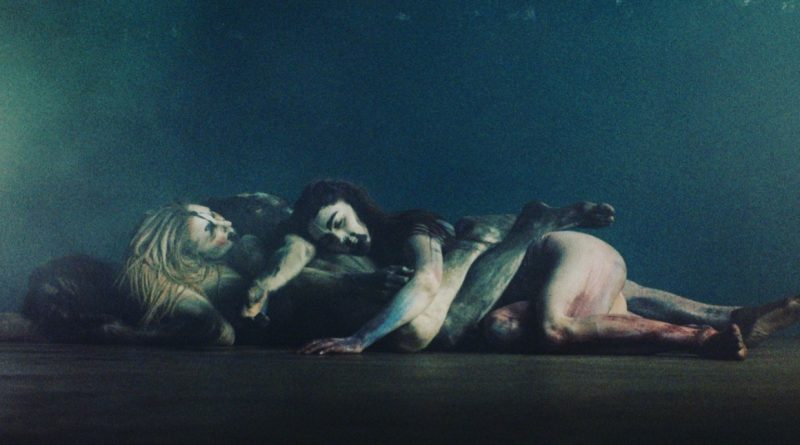 Screendance is a category of film that for those unfamiliar with its particular codes and conventions, can come as a bit of a shock. Defined as danceworks designed specifically to be performed for and recorded by the camera, this is a compelling although clearly niche field, but for its admirers, when it is done well it is nothing less than captivating. Mark Pellington’s The Severing – now playing at Slamdance – is such a film, digging into the visceral muck of screendance’s full potential and pulling out from its guts something kinetic, mucky, emotive, poetic and very, very powerful.

Described by the great Jim Hemphill as “a cross between Wim Wenders’ Pina and Saw“, for those not familiar with screendance, that works as a very effective synopsis. Ultimately, The Severing is notable for its very corporeality; it is a film that lives, breathes and, through the tricks of the camera, at times quite literally throbs and pulsates. With its intense electronic soundtrack and collision of moving bodies as they move from recognizable poses to altogether more defamiliarized ones, this is no Hollywood musical.

Smeared in reds and browns – Blood? Mud? Shit? – the abject distortion of the performers here is the central spectacle in a breathtaking contemporary dance performance choreographed by Nina McNeely (most familiar to cinephiles for her recent work in Gaspar Noe’s 2018 horror musical Climax). In The Severing, these distorted bodies are pushed to such extremes that the points of comparison at times feel closer to the visceral, often dangerous, aesthetic volatility of figures like musician Diamanda Galas and even the late, notorious British playwright Sarah Kane to artists more traditionally associated with contemporary dance like Merce Cunningham. Think the spider walk from The Exorcist with a beat and you are on the right track.

Pellington may be most immediately known for his work on feature films like 1999’s Arlington Road, 2002’s The Mothman Prophecies or the multiple music videos he has directed over the years with artists spanning from Nine Inch Nails to Bruce Springsteen to Demi Lovato. Clearly, however, something about the potential and poetics of dancefilm spoke to him on a very profound level as his “characters” work through their traumas, that poetry taking literal form as words appear on screen, simultaneously puncturing and structuring the film. Phrases like “residue and the tangible” and “talking to the souls in the floor” appear, tumbling down the screen like an equally dynamic e e cummings poem. Screaming, writing, hunching, and spasming may not be words traditionally tied to dance in film, but this is no traditional movie. Rather, The Severing is very much its own thing, a fascinating slice of dancefilm and a reminder of its inherent punch when in the right hands.