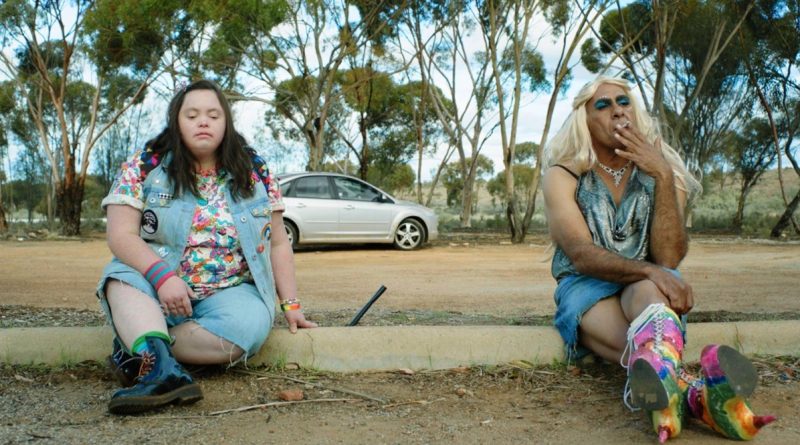 Running in an Omicron-induced virtual edition from 27 January to 6 February, the independent heart that lies at the core of the Slamdance Film Festival is perhaps nowhere more brazen in its passion for cinema that otherwise falls off the mainstream radar than their lovingly curated shorts program. This year features an impressive number of women-directed shorts, keeping in line with the broader spirit of inclusivity that defines the festival both in terms of the geographical locations where its films are made or set, and with a keen eye on filmmakers with disabilities. The latter in particular makes Slamdance a festival others should look towards in terms of how to successfully embed a spirit of inclusion that feels totally organic and not like it was governed by a policy document.

While there are too many women-directed shorts to mention here, across fiction, animation and documentary shorts some of the festival’s stand-outs warrant particular mention in this far-too-brief overview. Yemeni-American filmmaker Alaa Zabara’s Selahy (My Weapon) is a moving short about a little Arab girl called Saleemah whose hearing is at best limited without the use of her hearing aid. Growing up in a war zone thus has its pros and cons for the child, both allowing her to remove her hearing aid so she can block out the sounds of air strikes and domestic disharmony that surrounds her, but, at the same time, also makes her more vulnerable to anything around her that she cannot recognise through her other senses. A confident, powerful short, Selahy is based on Zabara’s own experiences as a child where she would consciously turn off her hearing aid as a self-care strategy, and at other times turning them on – the “weapon” of the film’s title.

From Poland, writer/director Julia Orlik’s I’m Here (Jestum Tutaj) is an extraordinary stop-motion animated short that focuses on a bed-ridden woman at the end of her life who, as her condition deteriorates, is cared for by her ever-present, loving husband. With her placement in the centre of the screen as the film moves through time as her health worsens, although paralyzed and unspeaking, she remains both a visual and emotional constant. By placing the emphasis on the woman, the dramas that unfold around her amongst her relatives stay at the literal and metaphorical periphery, as we are never permitted to take our eyes off her. A beautiful although far from easy film to watch, Orlik amplifies questions surrounding humanity, dignity and love for those receiving palliative care in this intimate, profoundly emotionally intelligent film.

Hannah Saidiner’s My Parent Neal is another animated film that focuses on familial bonds, this time between a transgender man and his daughter. This documentary short follows a conversation between Saidiner and her 64-year-old titular parent Neal as they discuss their relationship and Neal’s gender transition. The audio interview is brought to life with beautiful watercolor animation that literally paints different scenes, bringing to life elements of the conversation as Neal and Hannah touch on them. Beginning in a shower and moving to different life events such as moving house and being in hospital for surgery, this vibrant film adds color to this relationship in quite literal ways, lovingly embellished with charming details such as Neal’s Disney wallet. A quiet, revealing, personal film, My Parent Neal is as touching as it is frank.

Alessandra Lichtefeld’s Broken Hearts is a vivacious short that follows teenage Indigo who struggles to find her own identity as her dippy hippy new age parents desperately try to keep her well despite Indigo having a serious heart condition. For them, the name of the game is keeping her heart rate low and infection at bay, so while the crystal healing and meditation is high, the list of things to avoid for Indigo is stifling. No horror movies! No Coldplay! And – above all else – no pierced ears! Enter Sarah, a young girl who is much younger than Indigo, and much sicker. Meeting at the hospital where they both receive care, through the child’s lust for life, Indigo goes on a whirlwind adventure and finds both herself and a friend. But for how long?

From Australia, Jacqueline Pelczar’s Sparkles (pictured) is written by and stars Tina Fielding as the eponymous character, a woman with Down Syndrome who dreams of leaving her oppressive outback town to move to the more liberating world of the closest nearby city, Perth in Western Australia. Tired of the cruel ableism and life with an alcoholic mother, Courtney bites the bullet and jumps on a bus heading to Perth that unexpectedly stops in another hopelessly small-minded town, leaving her temporarily stranded. Befriending a local drag queen called Diamond who christens her Sparkles due to their shared love for glittery fashion accessories, the two outsiders form an immediate bond as they must face the bigotry and discrimination that surrounds them.

While there are many other women-directed shorts at Slamdance this year that this diverse selection celebrates, while they all dazzle in their own ways it is difficult not to highlight Cashmere Jasmine’s breathtaking Oreo: The Trilogy, a viciously funny interrogation of race, class and gender that is just waiting for a savvy producer to leap on and turn into a feature film. As the title suggests, the film is divided into three sections, each as wickedly comic as it is socially and politically insightful. In the first, a young woman is surprised when she telephones a bank to unblock her credit card and, as a Black client, is promptly transferred to a Black call center only to discover her card has been blocked because there is evidence of “non Black activity”. The only way to unblock it, it seems, is to answer a series of questions about Black arts and culture to somehow prove her Blackness. The second section follows another young Black woman who attends a party with old college friends and her sense of being outcast due to being the only non-White person in attendance. To reveal what the third part of the trilogy is would give away too much, suffice to say it packs enormous punch as the film moves into a meta storytelling space where the subtext of the two previous stories well and truly becomes text. Oreo: The Trilogy is electrifying, and – amongst so many of the other films discussed here – wholly captures the daring approach to shorts curation at this year’s Slamdance.