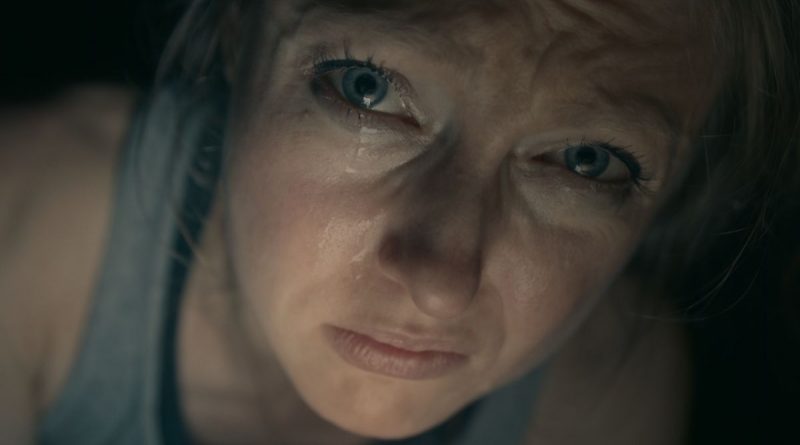 Alone With You is a paranoid, claustrophobic thriller; something audiences have seen more of since the coronavirus (COVID-19) pandemic made a global impact. But with the growing popularity of these thrillers comes an overpopulated genre, leaving Alone With You to get lost in the crowd.

Written and directed by Emily Bennett and Justin Brooks, Alone With You follows Charlie (Bennett), who painstakingly obsesses over creating the perfect romantic homecoming for girlfriend Simone (Orange is the New Black‘s Emma Myles). As Charlie works within the limitations of their small Brooklyn apartment, which came equipped with a finicky front door, Charlie’s mother (Re-Animator‘s Barbara Crampton) with news that Charlie’s grandmother died. The call is full of microaggressions, and only after disconnecting with her mother does Charlie realize she’s stuck in her apartment.

Suddenly it’s unclear how long Charlie has been locked in her apartment. The windows and doors are covered and completely locked. Clocks no longer tell time, and technology is no help. The only contact Charlie seems to have is with the mysterious voice coming from her vents.

While the film naturally feels claustrophobic because of the limited settings (Charlie and Simone’s apartment, the occasional shot of a beach, and the standout scene shot in a cramped, mannequin-filled room), Alone With You doesn’t entirely take full advantage of the critical ingredient of this genre.

Still, Alone With You does boast a great performance from Bennett, whose character carries the film. She rarely shares the camera with her co-stars, taking that advantage and running with it because, as a viewer, we’re on Charlie’s side up until the moment we realize we should have never trusted her as a narrator.

Alone With You‘s secondary characters are dripping with microaggressions against the queer community (Charlie’s mother calling her lifestyle a “choice” or referring to Simone as her “roommate”). Still, throughout the film, Charlie slowly embraces who she is, albeit violent and crazed. Overall, Alone With You is a promising debut feature for Bennett and Brooks.