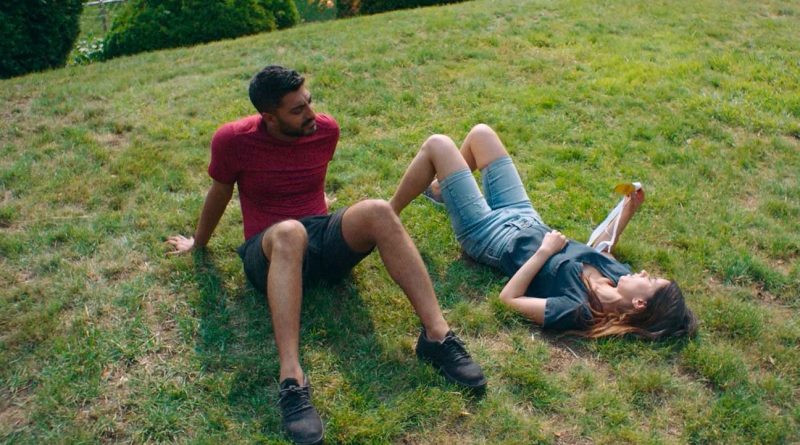 Sometimes you need a little movie, one whose message is softened with wit and wisdom. Definition Please is that little film. It offers a stubborn, brilliant woman and a troublesome brother and a wily mother. It offers lessons in breaking away and forgiving. It offers nuance, spelled n-u-a-n-c-e.

Definition Please, written, directed, and starring Sujata Day, is a film about spelling. As a girl, Monica Chowdry won the Scribbs National Spelling Bee. Monica’s mother watches that victory over and over via video. That was then, and this is now, which is to say that adult Monica cares for her dying mother in Greensburg, Penn. Monica is lined up to take a job as a clinical researcher, but she’s thinking about turning it down.

Why? She has to stay home for her mother, and she wants to play with her best friend, a bartender who cracks wise — who wouldn’t want to stick close to Krista? And, three, she is invested in helping other girls win the spelling contest. Monica is mired in duty. Into that arena arrives her brother, Sonny, to honor the anniversary of their father’s death.

Sonny is perky and peppy — and bi-polar. The plot question is: Will she stay or go?

Sujata Day, through words and acts, defines this young woman as smart yet stuck. Lalaine plays Krista as comic relief, but Day gives Monica her own humor as well as vulnerability. Ritesh Rajan makes Sonny both scary and lovable, and Anna Khaja warms the mother who needs her children to bond.

Definition Please quotes one of the procrastinatory requests in a bee between the word and the spelling of it, but it also defines the pregnant pause between childhood and adulthood that fills with fear and labor for a young woman, who’s brainy, imperfect, and dutiful. The film is relatively short, but the impact lasts with Amanda Jones’ Bengali theme song to track the progress.

Over scenes and through flashbacks, Day adds touches of spelling and vocabulary that are amusing and techy. As writer/director, Day satisfied her need to see someone with her ethnic heritage in a starring role, but even with specific South Asian references, the character of Monica transcends that ethnicity to define the universal struggle of young women to define agency beyond family.