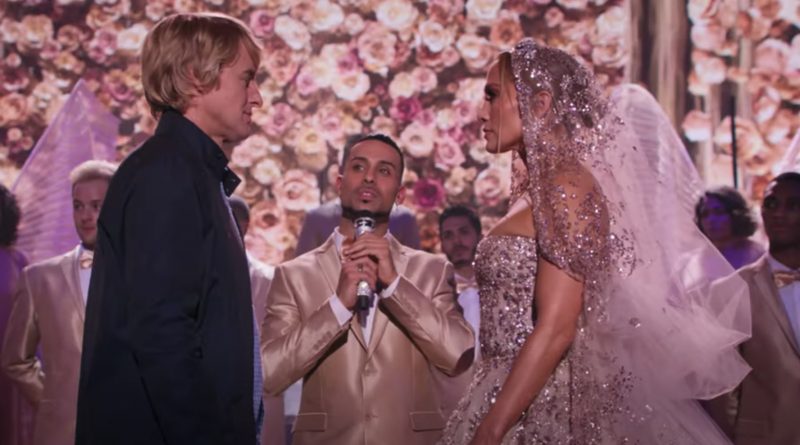 Chances are you’re going to try to resist Marry Me. You’re going to go into it thinking, “Jennifer Lopez and Owen Wilson together? Really?” and you’re going to scoff and roll your eyes and make all kinds of groaning noises. And then, against your better judgment, you will get sucked into the story and find yourself smiling when – or, maybe more accurately, even though – that story plays out pretty much exactly how you imagined it would.

Because the truth is we all need a rom-com about now. After two years of social distancing and masking up, we are craving love stories. We need to see people falling in love – especially the most unlikely couples in the most ridiculous situations because that’s the world we’re living in now. We’re looking for hope and, in their own bizarre way, that’s what Lopez and Wilson give us.

In Marry Me, J.Lo plays Kat Valdez, a superstar who could literally be J.Lo. She’s about to marry fellow superstar, Bastian (Maluma), live in front of a global audience of millions, as she launches her highly-anticipated new song entitled – wait for it – “Marry Me.” But when, minutes before she’s about to go on stage, she discovers he cheated on her, she decides to shake things up and marry a random audience member instead.

That audience member, of course, is Wilson, who brings his “aw shucks” Average Joe-ness to the role as Charlie Gilbert, a divorced math teacher with a 12 year old daughter. While Kat introduces him to social media, fame and paparazzi, he shows her the simple joys of a school dance, an amusement park ride and spending time alone together.

Although, like the fictional story itself, the movie seems to be little more than a vehicle for the title song – a song which will likely be played to death at weddings for the foreseeable future – resistance is futile.

Do I think you should just give in and enjoy it? I do.