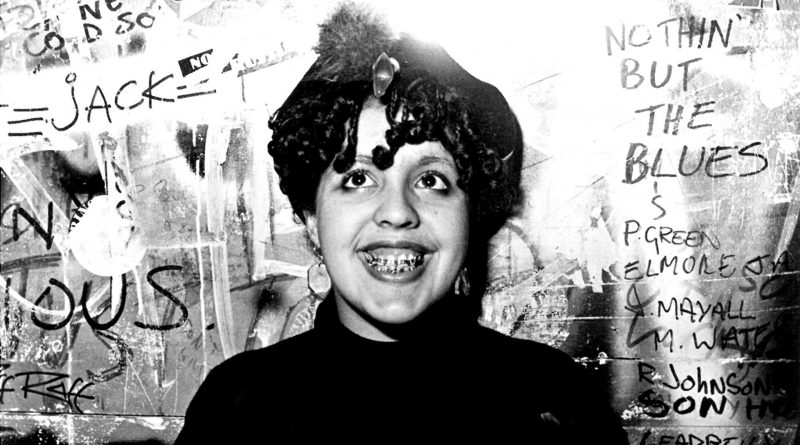 This biodoc of the punk rocker Poly Styrene, born Marion Elliott Said in 1957, reels from the point of view of her daughter, Celeste Bell. As co-director with Paul Sng, Bell thumbs through scrapbooks, diaries, and poems, which Bell inherited after her mother died at 53 in 2011. Five years later, Bell was ready to address this legacy. The result is historical and a little hysterical.

Bell imagines her mother’s answer to the obvious question: “Were you a good mother?” The daughter’s take on the mother? “A good mum? How banal. How mundane.”

In comparison to Bell’s soft voice is Poly’s bellow, casting out her debut, “Oh Bondage Up Yours.” That bellow sounds among other Punk Rockers, like Johnny Rotten, Joe Strummer, and Pete Shelley. Poly, an Anglo-Somali, was the first woman of color to front a rock band. Poly’s was the odd woman’s voice, cascading out of a mouth loaded with dental hardware atop a body swathed in the plastic of her pseudonym. She gathered her band, X-Ray Spex, to produce songs like “I Am a Poseur” and “The Day the World Turned Day-Glo,” songs in revolt. Poly and her band railed for about a year and a half.

And then, there is the year she spent in residency at New York’s CBGB that changed her. There is the time she spent at a Hare Krishna ashram in India and the time she spent misdiagnosed with schizophrenia when she actually lived with bi-polar disorder. Poly Styrene was an icon, but her daughter’s film is an honest, earnest stare at how human icons can be.

When she’s not folded lotus-style against a blank backdrop, Bell visits the places her mother lived, so she finally is able to deposit her mother’s ashes. By including excerpts from her mother’s diary (read by Ruth Negga), Bell defines that ordinariness. Speaking most eloquently about Poly are female rockers like saxophonist Lora Logic, Kathleen Hanna, and Neneh Cherry, who credits Poly with assuring her that women of color have a place in punk. Their words sound but their faces do not show, thus, Bell locks attention down on the narrative.

Poly Styrene: I Am a Cliché certainly attends to a time in recent musical history, but if you know squat about punk music, if you’ve never heard of Poly Styrene, this biography holds little appeal beyond idle curiosity. If, however, the singer spoke loudly to your life as her fan, the film satisfies idol curiosity.