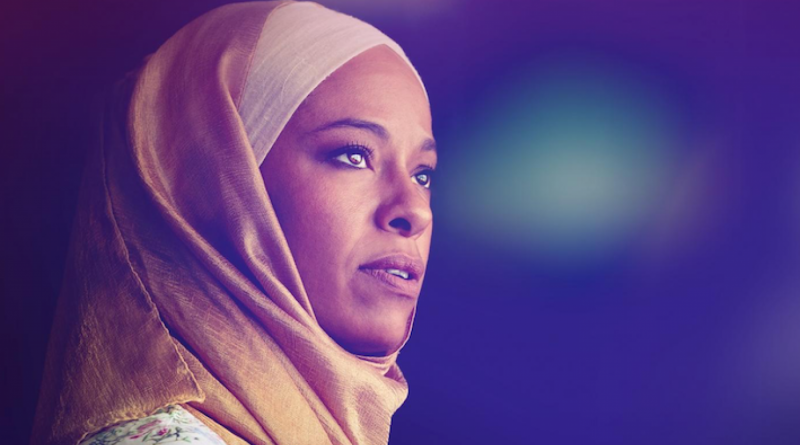 Soraya Hachoumi electrifies Soumaya the minute she appears on screen. Hachoumi takes the title role of a manager and trainer at a company hired for security at Charles de Gaulle Airport. Soumaya has worked for that company for 14 years and is raising her young daughter with the help of her mother.

In this rigorous film based on true events, Soumaya’s life changes after terrorist attacks on November 13, 2015 killed at least 130 people. Life changed for Soumaya and other Muslims placed in racist-religious crosshairs when Islamophobia ran amok. A complaint from a jealous young man whom Soumaya trained sends police to ransack her apartment forcibly and terrify her daughter.

She becomes a suspect after the weasly worker lies that Soumaya gave her security badge to someone else and ratted about her religion even though she never wore her headscarf at work. Soumaya, accused of belonging to jihadist groups, is fired. She does not take her firing and slink away.

The film’s directors, Waheed Kahn and Ubaydah Abu-Usayd use Soumaya’s story, as scripted by Abu-Usayd, to disparage excesses of states of emergency. They paint portraits to tell this story: Soumaya’s mother pleads with her not to make waves, a baggage handler rediscovers his faith, a lawyer flees France as no longer his country in light of injustices all around him, an imam who has to protect his mosque against searches.

Hachoumi is ably supported by the actors portraying these characters, especially Khalid Berkouz as a lawyer and Islem Sehili as her brother. But it is she — with her eyes and mouth, her determined stance and conviction, the sweep and wrap of her veil — who dominates this fine film addressing discrimination and the cry for justice in the face of religious intolerance.