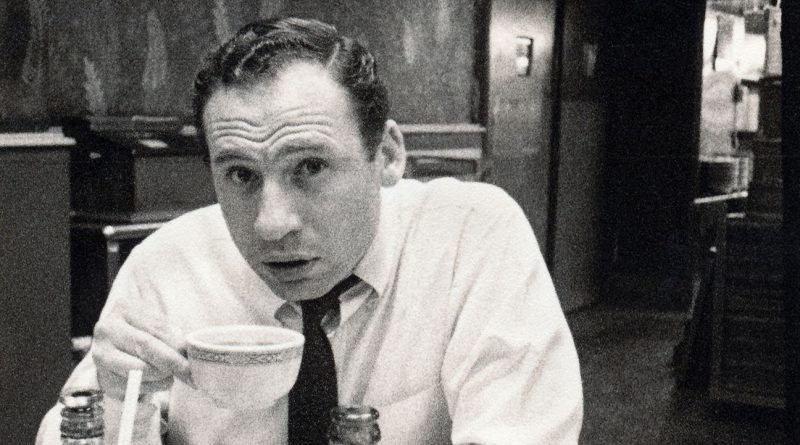 The new documentary release The Automat teaches many things about the power of nostalgia, the history of New York City, the benevolence of companies long gone, and the egalitarianism of a 5 cent cup of coffee, but before all else, it teaches audiences that Mel Brooks has been and always will be a force. He’s the guy we see in the opening scenes of the film, giving advice to off-camera director Lisa Hurwitz. Brooks knows a thing or two about the unstoppable and iconic American restaurant chain Horn & Hardart, or as New Yorkers and Philadelphians called it, H&H, because he spent many many days there, often with his friend Carl Reiner. It’s clear by his reverence, and the whimsical far away look he gets in his eyes when talking about their chocolate pie and 5 cent coffee, that all his memories are great ones.

For someone directing their first feature, Hurwitz builds an impressive emotional arc to the story of H&H, making the restaurant chain very much the lead character. Founded in 1888, Joseph Horn and Frank Hardart created a new concept for delivering high-quality food at affordable prices to urbanites and tourists from all walks of life. By putting a nickels in slots, they could choose from hand-prepared entrees, desserts displayed in pristine windows, or enjoy a cup of great New Orleans-style coffee dispensed from a swanky dolphin spigot. The company prided itself on welcoming the hungry, including the ‘tired, poor, huddled masses’ of immigrants. It was the first place women felt comfortable and safe going out to eat alone. H&H also took great care of those who worked for them, giving Christmas parties for employees and their families, and keeping an emergency fund for workers who found themselves in need, and in so doing, creating a rare level of loyalty in them.

The film’s chronology follows the rise, apex, and fall of H&H, which was inevitable when, starting in the 1950s, staying home and cooking became more fashionable, as did higher-toned dining experiences. The subsequent advent of fast food restaurants led to the closing of location after location, and transformed the few remaining Horn and Hardart automats into faved haunts for indigents and those with nowhere else to go. It is like watching the rise and fall of a superstar whose acting style goes out of favor, leaving them penniless and on the street.

As with old, beloved actors, H&H is now remembered with great fondness and nostalgia. This is confirmed through superlative-laced interviews with not only Brooks and Reiner, but fans like Elliott Gould, Ruth Bader Ginsberg, and Colin Powell, as well as former employees and the founders’ families and descendants. At one point Brooks says he’s had a $34 cup of coffee that wasn’t remotely as good as the 5 cent cup you could get at H&H.

Ask any New Yorker friend old enough to remember before the 1990s, and they’ll probably remember and have stories about The Automat. My dad grew up in New York in the 40s and 50s, and when I asked him, the first thing he talked about was the great dolphin coffee dispenser, and the tomato soup that could be made mixing hot water and the free catsup. When I saw it was the AWFJ’s Movie of the Week, I immediately thought of That Touch of Mink, a fave Cary Grant/Doris Day movie, in which she spends her lunch at a bustling Automat. I couldn’t wait to learn all about its history. Whether viewers remember H&H as a part of daily life once upon a time, or the restaurants exists only as referenced in old movies, The Automat does a great job of bringing Horn & Hardart’s history to life, and celebrating this iconic Philly and NYC cultural institution. Capping The Automat with end credits featuring an original theme song written by Mel Brooks, sung by him backed by full orchestra, adds a big sweet cherry on this delicious cinematic treat.