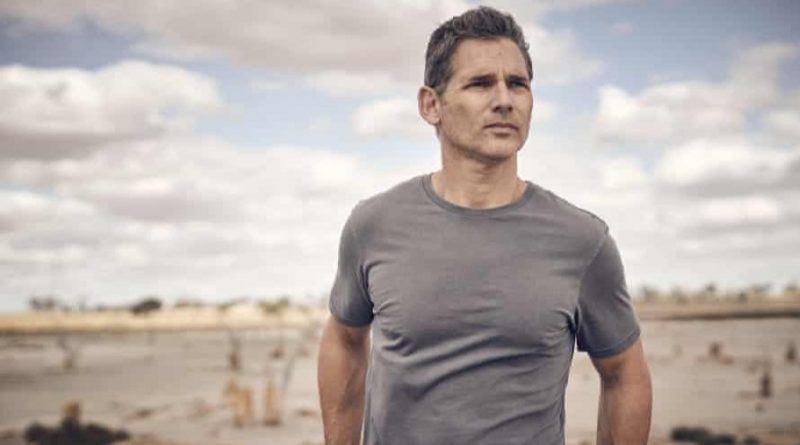 If you’re looking for a compelling Australian mystery/thriller, try The Dry in which Eric Bana plays Aaron Falk, a Melbourne federal agent who returns to his (fictional) hometown of Kiewarra after an absence of 20 years to attend the funeral of a childhood friend, Luke Hadler (Martin Dingle Wall), who appears to have shot and killed his wife, his son and himself – sparing only his baby daughter.

In Harry Cripps’ and director Robert Connolly’s adaptation of Jane Harper’s 2016 best-seller, a decade of drought has taken its toll on members of the rural community who are resentful of Falk’s dredging up the drowning death of 17-year-old Ellie Deacon which took place years ago. Cold these two crimes be connected?

Since it’s been 324 days since the last rainfall, the air on the flatlands is ominously heavy with suspicion and distrust.

Nevertheless, Luke’s distraught parents, Barb and Gerry (Julia Blake, Bruce Spencer), beg squinty-eyed Falk to stick around to help with the ongoing investigation being conducted by young Sergeant Greg Raco (Keir O’Donnell), who is obviously a novice at this kind of police work.

More than 20 years ago, Eric Bana scored in Hollywood films like Chopper, Troy, Black Hawk Down, Munich, Hulk and Star Trek, but he was determined to return to his gritty, indie roots and will be seen next in the environmental drama Blueback with Mia Wasikowska and Radha Mitchell.

The title evokes what was known as the Millennium Draught, which decimated much of Australia – roughly from 1996 to 2010. And in the months since its original release, The Dry has become the 13th highest grossing Australian film of all time.

On the Granger Gauge of 1 to 10, The Dry is a slow-burning, soulful 6, streaming on Prime Video and available on Blu-ray & DVD.