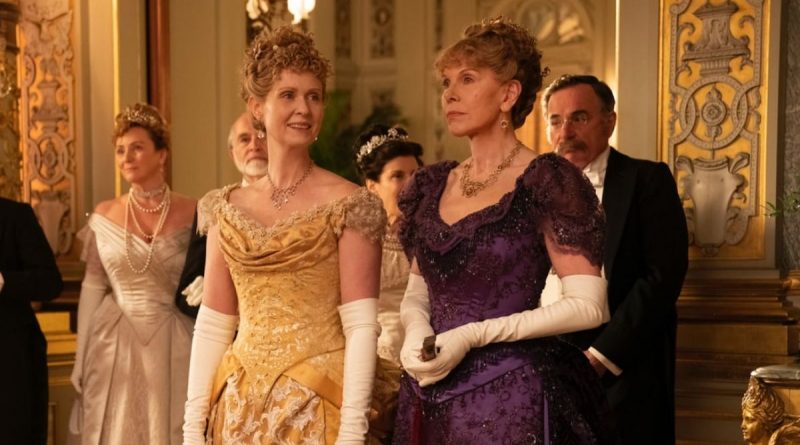 If you enjoyed Julian Fellowes’ Downton Abbey, stream his latest mini-series, The Gilded Age, a period drama set in the Fifth Avenue mansions of New York City, where old money is suddenly confronted by new, threatening the aristocratic social hierarchy.

Set in the 1880s, the title refers to the economic boom between the Civil War, which ended in 1865, and the first decade of the twentieth century. Mark Twain coined the term ‘Gilded Age’ in his satirical novel, poking fun at how the crass ‘nouveau riche’ covered wood and other decorative objects with a thin layer of gold to make them look more lavish and expensive.

Of course, these grand houses must have servants, providing continual upstairs/downstairs subplots and gossip. When Marion arrives, she introduces Peggy Scott (Denee Benton), a college-educated Black writer from Brooklyn who becomes Agnes’ secretary.

Immigrants believed “the streets are paved with gold,” because the owners of these ostentatious Fifth Avenue manors came to America with nothing and amassed great fortunes. To learn more, read Anderson Cooper’s Vanderbilt: The Rise and Fall of an American Dynasty.

On the Granger Gauge of 1 to 10, The Gilded Age is an erudite, elegant 8, streaming on HBO