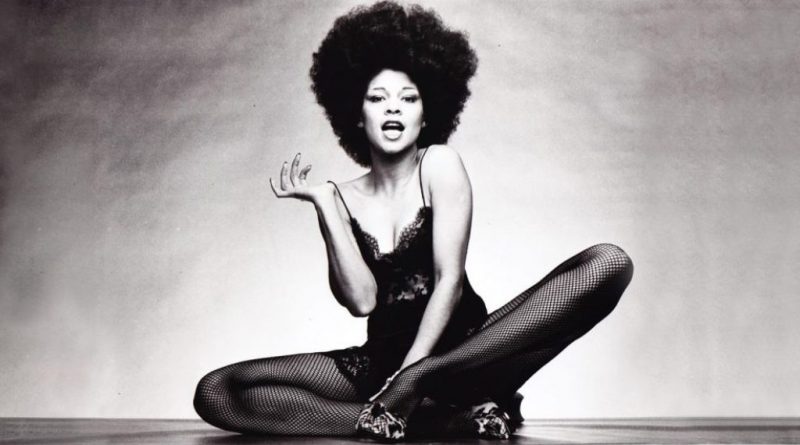 On February 9, 2022, pioneering funk singer/songwriter Betty Davis died at the age of 77. During her heyday in the early through the mid 1970s, Davis shattered the image of respectability the African American community embraced following the civil rights era with her sexually charged songs and image. Barred from radio stations due to protests from religious groups and the NAACP, Davis’ records did poorly. Pushed by record producers to change her style, Davis turned her back on the industry and, in a word, disappeared.

More than 30 years later, British director Philip Cox decided to find out what happened to Davis. He accessed a handful of print pieces on her, listened to one recorded interview she gave to “Rap N’ Rhythm” radio host Al Gee in 1974, and spoke with people who knew and worked with her. His 54-minute documentary Betty: They Say I’m Different (2017) records what he found in an impressionistic fashion that uses psychedelic and poetic imagery and Betty’s own words to illuminate the core of her unbreakable identity.

Davis was born Betty Mabry, in Durham, North Carolina, and raised in a suburb of Pittsburgh, where her beloved father found work in the steel mills. Her childhood friends and relatives describe Betty as a sensitive person who preferred to be alone and write poetry. She started writing songs when she was a tween. Her friend, Connie Portis, recalls how Betty would call her on the phone and sing her latest compositions. “I knew what was coming, so I put the phone down and went away for five minutes. When I came back, she was still singing. Her songs were long!”

She moved to New York City at the age of 17, where she enrolled at the Fashion Institute of Technology and worked as a model. Cox offers up photos and archival footage of 1960s Greenwich Village to illustrate the intoxicating mix of artists, musicians, and writers with whom Davis associated. She officially entered the music business when she sold a song to the Chambers Brothers, “Uptown (in Harlem),” which became a hit. The beginning of her musical career marks the point at which Davis says she found her spirit animal, Crow. Footage of a crow follows her through the documentary as she creates her sexually assertive persona and raw singing style.

In 1968, she married Miles Davis. During their one-year union, which she ended when he started physically abusing her, Davis introduced him to the sounds of Jimi Hendrix and Sly and the Family Stone. His music and wardrobe underwent a drastic change under her influence. Unfairly, she is often remembered only for her association with the jazz musician, not for her ground-breaking music and persona that paved the way for the likes of Madonna and Prince.

There is scant information in this documentary about Davis. There is only one reference to her time in Japan, and that comes well after Cox has inserted footage of an apartment filled with Japanese art and artifacts. Yes, he tracked Davis down to her home, but even on a phone call with the members of her band Funkhouse (Fred Mills, Carlos Morales, and Larry Johnson), she refuses to talk about her life after she stepped away from the music industry. Cox teases us with shots of her seated with her face averted and a close-up of a quarter of her face.

While you’ll need to go to other sources to find out many of the details of Davis’ life and career, Betty: They Say I’m Different is a welcome introduction to an independent woman who insisted on being true to herself and her art.

Betty: They Say I’m Different is streaming on Kanopy.