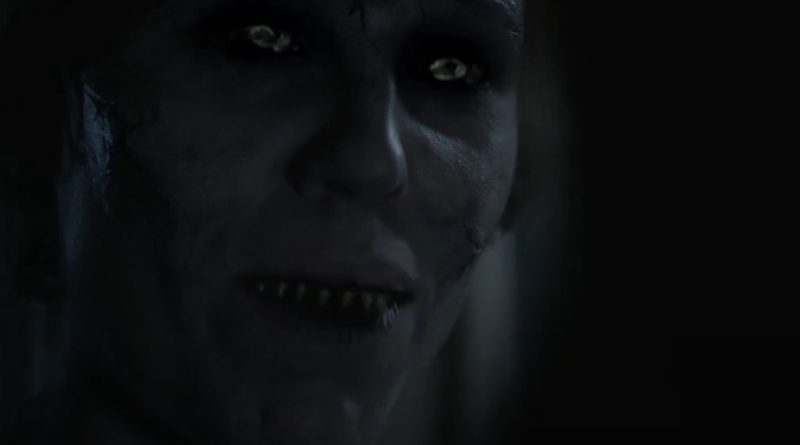 We all know that feeling: the deep, all-encompassing desire to be as flat as humanly possible on the sofa as you indulge in a festival of binge-watching, moving only as much as reaching the bowl of popcorn next to you requires. This is not the time for raw, probing films about Social Issues™. This is not the time for having boundaries pushed. It is a time for comfort, indulgence, and nothing too demanding.

So perfectly suited is Alexandra Senza’s feature film Flee the Light for these purposes that numerous times during its run-time, I almost forgot it wasn’t the 1990s and I wasn’t writing off an entire day (or two) to watch entire DVD boxed sets – remember them? – of stuff like Buffy the Vampire Slayer or Charmed. Flee the Light very much has that pilot-for-a-supernatural TV series vibe to it, and this is not meant as a dig: it is what it is, and I found its non-patronising embrace of its generic terrain very endearing indeed. In many ways, it was actually something of a relief to have my hand held in such a way, and a reminder that not everything needs to be a challenge.

Produced and written by Jennifer Mancini, the largely women-helmed Flee the Light follows two sisters, psychology student Andra (Annie Tuma) and her unstable sister Delfi (Ariana Marquis). Delfi’s mental health is deteriorating rapidly, and despite her best efforts to keep her objectivity and common sense, Andra finds herself increasingly pulled into what she at first mistakes for her sister’s psychotic delusion. Delfi has a strange connection to a wooded area outside of Toronto linked to repeated visions she has, and together the two sisters are led to a strange bar located nearby as the story of the enigmatic, powerful figure of Kata (Jane Siberry) and her role in Delfi’s unravelling come to the fore.

A fun although admittedly somewhat slight slight supernatural young adult feminist adventure tale, Flee the Light has a kind of retro TV charm to it that is only heightened by bands like The Tea Party on the soundtrack and of course the presence of Siberry in particular (a musician best known for her song in the cult 1994 Brandon Lee film The Crow). It’s charming in a way that this film about the relationship between past and present and the role of women in that tug-of-war is so evocative of these 1990s textures, making Flee the Light a warm, snuggly although perhaps not wholly memorable way to spend eighty minutes.