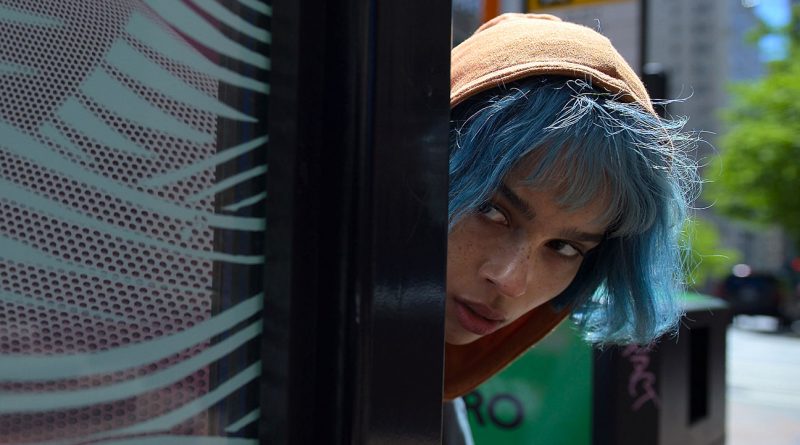 Kimi, like Siri and Alexa, is the name of a voice-activated digital assistant (a VADA?). Kimi’s job is to help customers shop, cook, turn on lights, etc. Angela Childs’ job is to repair techno-booboos, so she has to listen. While Angela keeps her ear cocked for mistakes in the system, she hears what might be a murder.

This intriguing, well-rounded film is one of a seeming thousand recently directed by Steven Soderbergh. Angela Childs (and that name seems symbolic) is ensconced in her apartment in Seattle, glued there by PTSD from the usual damned insurrection on the female body. Outside, there is a pandemic, more reason for Angela to hunker down in agoraphobia. When she tries to leave her apartment, she gets as far as inserting the key in the double-lock before she doubles over in the fetal position of terror.

Following corporate protocol, she reports what she’s heard to the powers-that-be. No one listens to her. They seem to be otherwise engaged in patronizing negligence or covering up. They lecture: “Our policy is that noises like those are none of our business. Mark it as degraded audio.” Angela is going to have to go out if she wants to deal with what she’s heard, so she plops a hood over her screaming-blue hair, parks a mask over 2/3 of her face, and bundles into a coat to hit the streets. In addition to her pandemic panic, Angela is threatened by people demonstrating against homelessness. Ack!

Zoe Kravitz does a superb job as making the protagonist sympathetic. The supporting case includes Rita Wilson as a patronizing counselor and Devin Ratray as a fellow agoraphobe. Kimi’s voice belongs to Betsy Brantley, Soderbergh’s ex-

“Kimi” serves well as an escapist film — just nervy and sexy enough to fascinate and exciting enough to engage but not so scary as to prevent sleep. It echoes “Home Alone” but not so much as to detract from its own appeal.