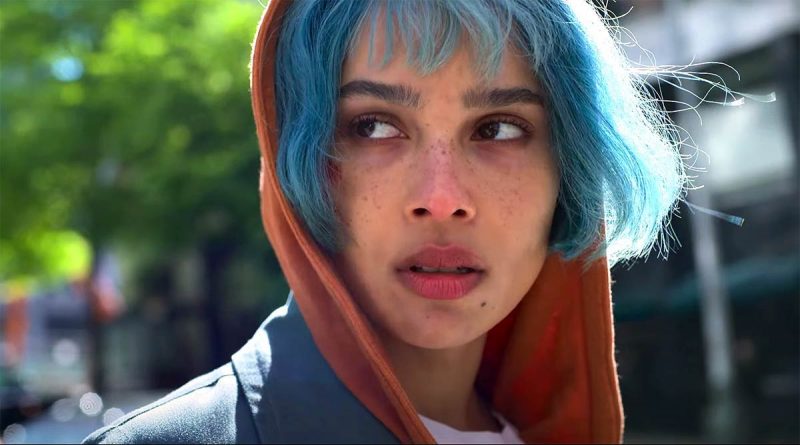 Since she’s agoraphobic, she spends a great deal of time looking out of the window. So do her nosy neighbors. There’s Terry (Byron Bowers) from across the street who makes periodic booty calls and creepy Kevin (Devin Ratray), armed with binoculars

Angela keeps in touch by telephone with her mother (Robin Givens) and telemedicine therapist (Emily Kuroda), both of whom urge her to try to leave her barricaded sanctuary, having endured two Covid-induced lockdowns – even if it’s only to visit the dentist.

One day, while routinely monitoring voice-activated data streams for possible glitches, Angela hears someone yelling in distress. Like John Travolta in Blow Out, she adjusts the audio element to eliminate the blaring music and identify a terrified woman (Erika Christensen) experiencing a sexual assault that leads to murder.

With the help of Darius (Alex Dobrenko), a tech problem-solver in Romania, Angela traces the suspicious data stream to its user. When she reports overhearing the violent crime to Amygdala’s ‘organic interpolations’ officer, Natalie Chowdhury (Rita Wilson) that alert triggers threatening reprisals from within the corporate hierarchy.

FYI: The amygdala is the part of our brain that processes fear.

Once again, we’re reminded that the communication technology in our ever-present devices has systematically usurped our right to privacy.

On the Granger Gauge of 1 to 10, Kimi is a slyly slick, surveillance 6, streaming on HBO Max.