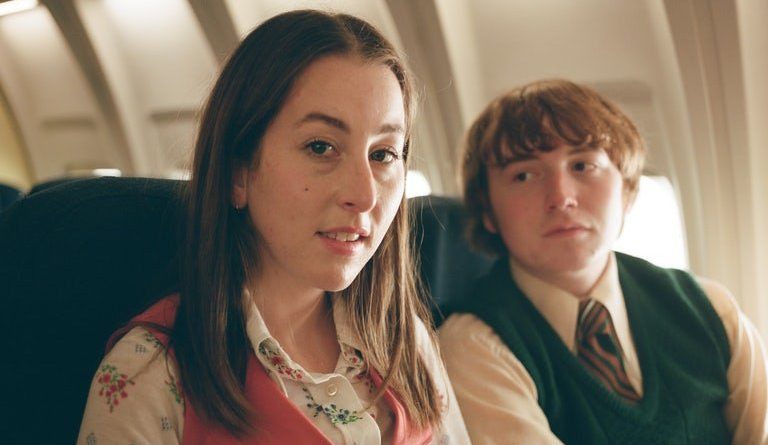 It’s the 1970s in the San Fernando Valley when 10th grader Gary Valentine (Cooper Hoffman) first spies Alana Kane (Alana Haim) working for a yearbook headshot photographer. He’s 15 and she’s in her mid-20s. But that doesn’t stop him from asking her for a date.

How will he pay for it? she inquires. Not a problem. He’s a smooth-talking former child star, declaring: “I’m a showman. It’s my calling.”

If not a showman, a real hustler. With entrée to the Valley’s ever-popular Tail O’ The Cock restaurant, he sells waterbeds out of a storefront; when that fad fades, he peddles pinball machines.

Now if you find it credible that a pimply 15-year-old who doesn’t even have a driver’s license can woo and win an attractive 25-year-old, this story might intrigue you.

Even Alana acknowledges: “Don’t you think it’s weird that I hang out with Gary and his friends all the time?”

As a youngster, Paul Thomas Anderson had a crush on his teacher, Dolores Rose Haim, Alana’s mother – giving him the idea for the story. And Licorice Pizza was the real name of a vinyl record store that Sam Goody subsequently bought out.

On the Granger Gauge of 1 to 10, Licorice Pizza is a far-fetched, improbably frolicsome 5, Oscar-nominated nominated as Best Picture and Best Original Screenplay.