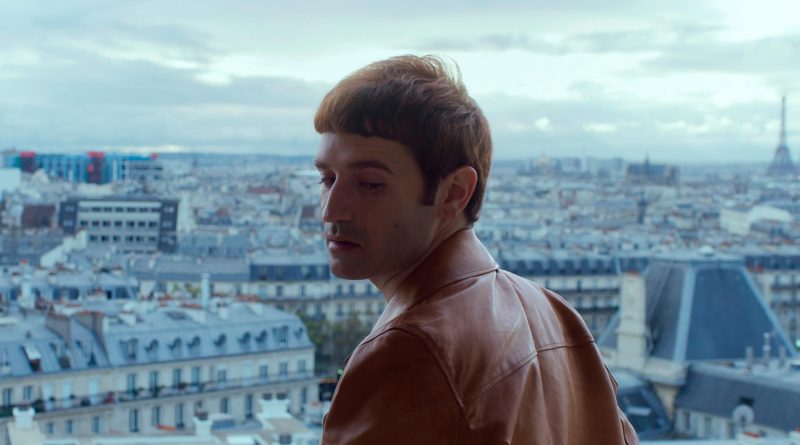 Shown first at the Angoulême Film Festival in 2020, My Best Part (Garçon Chiffon in French) is finally opening in New York, LA, and on streaming services on February 25th. This film, which toured the fest circuit including TIFF, Newfest, and OUTshine, is the directorial debut of actor Nicolas Maury, best known in the US for his role as Hervé on Call My Agent. Maury is an out gay French performer in a country that has its challenges around the definitions of masculinity and acceptance of sexual orientation. He stars as My Best Part’s central figure Jeremie, a gay thespian suffering from intense jealousy and a host of other insecurities that get in the way of his career’s forward movement on stage and screen. To his credit, Maury turns in a layered performance of a complicated, often unsympathetic character, and as co-screenwriter and director seems to have a well-honed skill at balancing the script’s often whip-quick tonal changes. As Jeremie’s doting but embittered mother Bernadette, beloved award-winning actor Nathalie Baye lights up the screen in every one of her scenes. Beyond that, My Best Part has issues that are hard to surmount.

In part, the movie gets tripped up by the lack of story or character arcs and too many subplots. In the beginning of My Best Part, Jeremie, though pushing forty, is still being suggested for ingenue roles by a sycophantic agent. He assures him that preparing an audition for the suicidal teenager in Spring Awakening isn’t a waste of time. Jealousy is also causing trouble for Jeremie, as it is putting his relationship with vet and animal lover Albert is in peril. Jeremie is shown sneaking a spy cam into Albert’s apartment, so their partnership is clearly doomed.

Realizing he needs to get out of Paris, Jeremie heads for his mother Bernadette’s country home, where he can both learn his lines, and attend a memorial for his father. Mother and son vacillate between sweetness and awkwardness, and it’s the scenes between Maury and Baye, in which they alternately play verbal sparring partners and two narcissists genuinely offering comfort to each other, that are the most rewarding for the audience. There’s also Bernadette’s handyman, pretty young thing Kevin (Theo Christine), someone Jeremie can comfortably confide in. He states in no uncertain terms he’s straight, but are there sparks between them? Jeremie certainly likes to think so.

One problem is that Jeremie doesn’t show much in the way of expansion, self acceptance, or growth. Queer stories onscreen are essential, including those that don’t frame the protagonist in an altogether positive light, but one hopes they bring something new to the landscape of the LGBTQ catalog. Even more concerning is a character played for laughs who comes off as wildly unstable in her one scene. Sylvie (Laure Calamy) is a female filmmaker shown screaming and hysterical, berating her husband while ingratiating herself to Jeremie, ultimately asking him to be her acting coach so she can star in her own film. If this is meant as an inside joke about the rampant self absorption of auteurs in French film, it only comes off as misogynistic. The scene effectively tars all female filmmakers with the same crazy-pants brush.

The script is performed with commitment by the whole cast, but that’s not enough. It’s funny and poignant and painful, often in the span of a few minutes, and that’s interesting to watch, but that’s not enough, either. If it was meant to make a statement about aging in the gay community, what is that statement? There are plenty of hunky guys to watch, and one very cute puppy, but again, not enough. What My Best Part fails to do is follow the through line and take Jeremie, and by extension the audience, someplace new. If Maury can find a way to take us there and show a better arc in his next film, he might have a future as director. As an actor, this movie may be his best part, but as director, it shouldn’t stand as his best art.