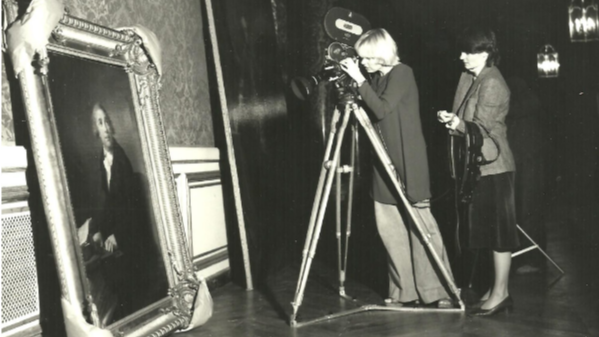 The Alliance of Women Film Journalists mourns the untimely passing of Suzanne Bauman, a producer, director, and writer of more than 80 documentary and feature films, as well as a teacher of documentary filmmaking.

Bauman succumbed to cancer on January 2, 2022, surrounded by family in her home in Wrightwood, California.

Bauman traveled the world to help illuminate events and conditions in other countries that might effect change. She produced Against Wind and Tide: A Cuban Odyssey (1981), an Academy Award-nominated documentary chronicling the 1980 Mariel boatlift, a mass emigration of Cubans to the United States during a brief opening of Cuba’s borders, and the life that awaited them after they had left their home country.

She produced Water Wars (2009), a chronicle of the ongoing concerns about water supply in various parts of the world that remains relevant today, and produced and co-directed Shadow of Afghanistan (2006), about the long history of occupation and war that country has faced at the hands of the Soviet Union, the Taliban, and the United States.

Bauman’s interest in educating audiences was not limited to geopolitical conflicts. She explored her interest in history as producer and director of Süleyman the Magnificent (1988), a history and biography of the titular Ottoman sultan whose 46-year rule represents a golden age during the 16th century.

She produced La Belle Epoque: (1890–1914) (1983), an amalgam of period film clips, photographs, and artifacts from this storied period in French history. She also acted as supervising producer and director of The Writing Code (2007), a three-part miniseries on the origins and development of writing from ancient times to the present, and was the creator and show runner for 65 episodes of Jack Hanna’s Animal Adventures.

Bauman earned a Master of Fine Arts from NYU’s Tisch School of the Arts Graduate Film School and ran her own company, Suzanne Bauman Productions. She shared her extensive knowledge as a teacher at UCLA. Chelo Alvarez-Stehle, an award-winning journalist, documentary filmmaker, and producer, says of her time studying with Bauman, “(She) inspired me to pursue this beautiful career that keeps nourishing my soul.” Director and screenwriter Emre Korkmaz, who was Bauman’s assistant at UCLA, said “She (was) one of the most supportive persons I’ve ever met in Los Angeles.”