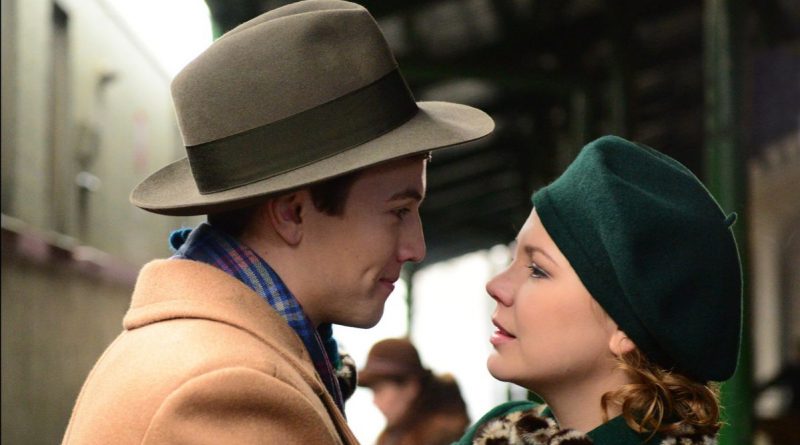 Martha Coolidge may not be the first director you’d think of to helm a tear-jerking Holocaust love story but she has created a small gem with I’ll Find You. The trailblazing director of films like Real Genius and Rambling Rose has revisited the Romeo and Juliet theme she explored so memorably in her ‘80s hit, Valley Girl, in this beautiful new film inspired by stories of Polish musicians from the 1930s and 1940s.

I’ll Find You is the emotional tale of Rachel (Adelaide Clemens), a Jewish violin virtuoso, and Robert (Leo Suter), a Catholic opera singer, who dream of performing together at Carnegie Hall one day. Smitten with each other from childhood, they finally admit their feelings, only to have their whole world – the whole world – fall apart. The Nazis invade Poland, Rachel’s family is sent to Auschwitz and Robert vows to find her, putting his own life at risk as he makes his way to Germany to keep his promise.

Although, admittedly, it’s easy to see how, in other hands, the movie could have been cheesy, Coolidge fills it with so many stand-out moments that give it real depth. There’s a stunning scene in a concentration camp where Robert and his mentor (Stellan Skarsgård) sing for Nazi officers, accompanied by an orchestra of Jewish prisoners, including Rachel. It is heartbreaking to watch – and the music, which plays a major role of its own, is breathtaking.

Coolidge invests us in the characters immediately, introducing Rachel and Robert as kids whose connection is as electric as it is competitive. They’re smart and super talented but they’re also funny and thoughtful. Honestly, I could have watched a whole movie about them at this age. Ursula Parker (who really is a violin prodigy) is particularly riveting as the fiery young Rachel.

What’s especially remarkable about I’ll Find You, though, is that it feels like you’re watching a movie that was actually filmed back in the ‘30s/’40s rather than a modern movie about that time period. There’s something about the cinematography and the whole style that is so authentic, it’s like you’re watching a beloved old classic. One day, it just might be.