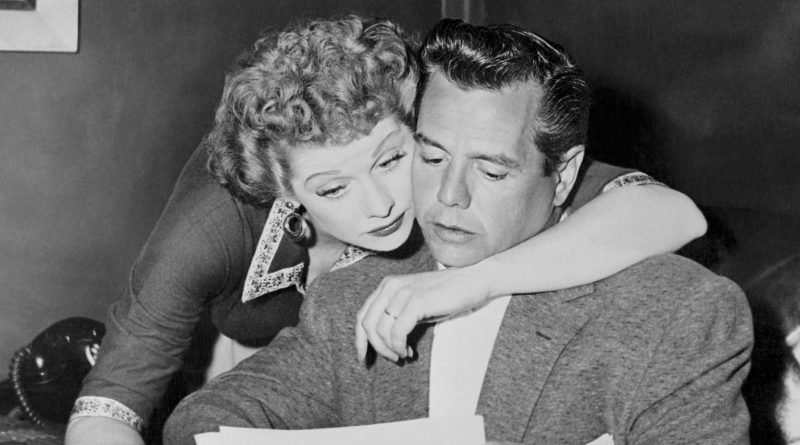 If Being the Ricardos, despite Nicole Kidman’s and Javier Bardem’s Oscar nominated performances, didn’t convey the seismic impact of the personal and professional partnership of Lucille Ball and Desi Arnaz on the entertainment world, then and now, the corrective is the documentary Lucy and Desi.

Amy Poehler directed this treasure of rare, candid photographs and film clips including home movies that traces their careers, marriage and creation of the groundbreaking TV comedy I Love Lucy. Poehler lets the story unfold largely in their own words, through film footage and audio recordings. These are bolstered by an array of commentators, most crucially Lucie Arnaz Luckinbill who authorized the project and who provides eloquent and entertaining insights about her parents.

Poehler, one of many young women performers who count Lucille Ball as a major influence and inspiration, gives particular attention to Ball’s singular comic gifts that were born of her love of vaudeville and for the physical, precisely orchestrated comedy of Buster Keaton. The film also focuses on Ball’s generosity to younger performers, especially women.

Ball’s good friend Carol Burnett shares anecdotes about their first meeting backstage at Burnett’s off-Broadway debut Once Upon a Mattress. Ball, 22 years Burnett’s senior, invited the young actress to call her if she needed anything. Viewers are treated to a host of memorable clips of the two legendary performers working with each other on their respective TV shows. Bette Midler recalls Ball’s attendance at one of Midler’s early concerts, a surprise because Midler “worked blue,” she says, but Ball was enthralled and the two became friends.

The film gives equal time to Arnaz, providing details of his personal history as a refugee from Cuba, arriving penniless in Florida and cleaning canary cages for a living until he got a band together. Despite limited opportunities in show business for a Cuban whose first language was not English, the talented, handsome and savvy Arnaz made a name with his big band. Eventually he made it to Broadway and Hollywood where he met Lucille Ball when the two were cast in 1940’s Too Many Girls.

Ball was the brilliance of I Love Lucy and the documentary is enlivened by many clips, familiar and lesser known. It’s impossible not to laugh at the timeless physical comedy. But Arnaz was also a visionary. He excelled as Lucy’s “straight man” but, as the show’s producer, he excelled at hiring the best people, including legendary studio cinematographer Karl Freund. At Arnaz’s insistence, they figured out how to shoot the show live, on film, in a studio with an audience using three cameras, an innovation that most, including Freund himself, thought couldn’t be done.

The documentary has less in common with Being the Ricardos and more with the recent, superb TCM Lucy podcast from host Ben Mankiewicz which also examined Ball’s bittersweet childhood in Jamestown, New York and her move to New York while still a teenager where she found work as a showgirl and model before eventually heading to Hollywood.

Lucy and Desi is such an intimate portrait that when the personal and professional end comes, as we know it will, there is a real sense of loss. But it’s mixed with awe and gratitude for who Lucy and Desi were, what they created, and how much joy it still gives to so many.