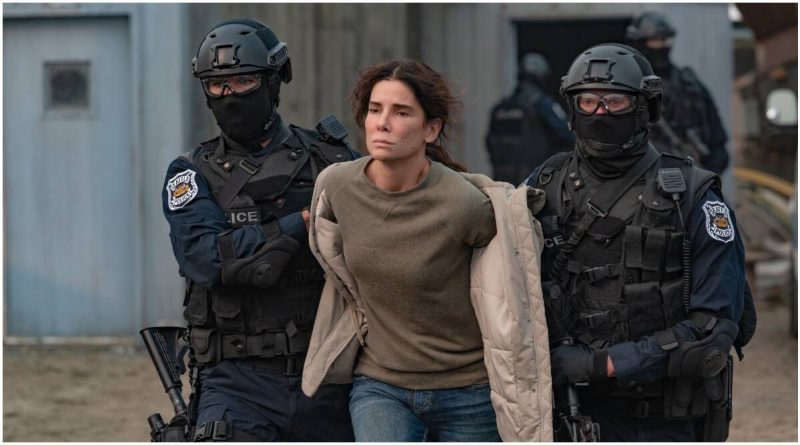 Sometimes Oscar-winners like Sandra Bullock (“The Blind Side”) make massive miscalculations like “The Unforgivable,” based on Sally Wainwright’s critically lauded three-part, 2009 British mini-series.

In the intervening years, Katherine (Aisling Franciosi), who only remembers fragments of her traumatic childhood, has bonded with the Malcolms, her foster parents (Richard Thomas, Linda Emond) and their biological daughter (Emma Nelson).

When her halfway house in Seattle’s Chinatown turns out to be inhabited by angry ex-cons and the job arranged for her is sabotaged since she’s a ‘cop killer,’ Ruth ends up gutting fish on the night-shift at a seafood packing plant and working during the day transforming an old building into a homeless shelter.

Ruth’s strict parole officer (Rob Morgan) prohibits her from associating with known felons or seeking contact with the victim’s family, but the sheriff’s two sons (Tom Guiry, Will Pullen) are determined to wreak vengeance.

Gradually, it’s revealed that the sheriff was trying to evict her, along with then five-year-old Katie, from their family farmhouse. Now, that completely renovated farmhouse is occupied by a sympathetic lawyer, John Ingram (Vincent D’Onofrio), his skeptical wife, Liz (Viola Davis), and their two sons. Over Liz’s objections, John agrees to try to help Ruth locate her estranged sister.

Making her English-language debut, German director Nora Fingscheidt works from an adaptation by Peter Craig, Hillary Seitz and Courtenay Miles to try to tell this bleak ‘second chances’ redemption tale. But the pacing is turgid, lacking urgency, and Sandra Bullock never manages to make grimly determined Ruth even vaguely likable. The concluding plot twist turns out to be too little too late.

On the Granger Gauge of 1 to 10, The Unforgivable is a farfetched, forgettable 4, streaming on Netflix.