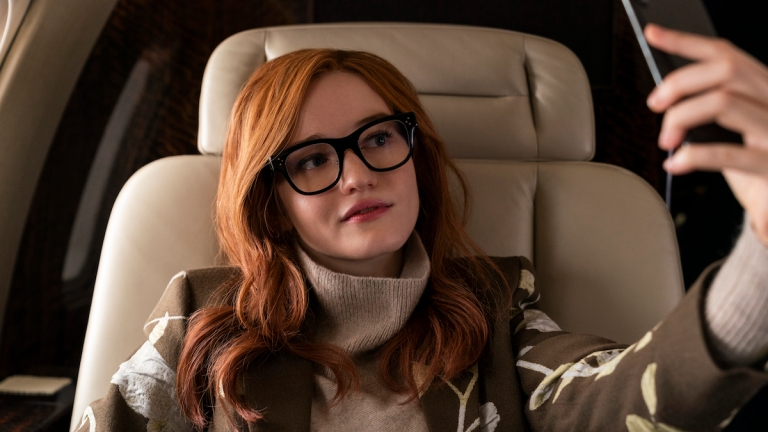 You may recognize Emmy-winner Julia Garner’s face and distinctively nasal voice from Ozark, but in the nine episodes of Inventing Anna she plays enigmatic grifter Anna Sorokin – a.k.a. Anna Delvey.

For years, brazen Anna passed herself off as the daughter of a German tycoon, gliding through Manhattan’s opulent hotels, restaurants and night clubs, clad in expensive couture. Posing as an heiress, she cleverly befriended socialites, high-fashion designers and moneyed tech moguls.

Produced by prolific Shonda Rhimes (Grey’s Anatomy), the formulaic, fictionalized series utilizes social media as both a metaphor and narrative device, exploring how influential people use Instagram to hide in plain sight…as the slow-building con stretches on and on and on, repeating the disclaimer: “The whole story is completely true – except for all the parts that are totally made up.

FYI: Jessica Pressler’s How an Aspiring ‘It’ Girl Tricked New York’s Party People – and its Banks was published in New York magazine in May, 2018. Currently Anna remains in ICE’s custody, fighting deportation to Germany. Reportedly, Netflix paid Anna $320,000; in turn, she paid $198,000 in restitution, $24,000 in state taxes and $75,000 in attorney’s fees.

On the Granger Gauge of 1 to 10, Inventing Anna is a slyly stealthy, swindling 6, streaming on Netflix.