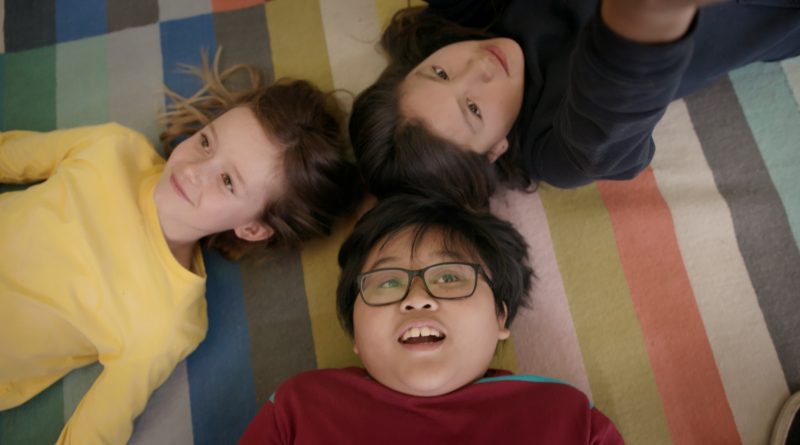 Scarborough is a splendid film based on Catherine Hernandez’s award-winning novel about the community where she grew up.

Like the book, the film is a love letter to a place and a community that’s home to 650,000 people in Toronto’s east end.

Scarborough is directed by Shasha Nakhai and Rich Williamson and centers on three children of 8 or 9 years old who rely on each other growing up in a tough neighborhood.

Bing (Liam Diaz) is a brainy Filipino kid coming to grips with his own sexuality; Sylvie (Mekiya Fox) is an Indigenous girl who is often on her own as her mom attends to a younger brother with special needs and Laura (Anna Claire Beitel) is a wan, neglected child with an absent mother and a frightening father.

Ms. Hina is a social worker with her own work issues to sort out and a fair portion of prejudice to deal with, but her determined affection for the children is the heart of the film.

Scarborough is a coming-of-age story that follows the children over the course of about a year. The film concerns hardship, triumph, friendship, and resilience — and perhaps specifically the resilience of women and the emotional glue they provide to keep everything together.

Catherine Hernandez wrote the screenplay from her novel. In a recent interview about making the film, she said, “The truth is I was very nervous about how invasive a film could be on the community. How people talk and move through the world here is different from the rest of Toronto.”

She and directors Nakhai and Williamson determined that they could shoot documentary-style, with only one camera and one sound person, an approach that serves the material perfectly.

Hernandez has joked that Scarborough is the El Mariachi of Canadian filmmaking, referencing the 1992 film — made for $7,000 — that launched Robert Rodriguez’ career.

Named by TIFF as one of the 10 Best Canadian movies of 2021, Scarborough is also one of the three nominees for the Rogers’ Best Canadian Film Award, a $100,000 prize voted on annually by the Toronto Film Critics’ Association.

Scarborough is in theatres in Canada now.

It can be seen next in the U.S. at the Santa Barbara International Film Festival in March.