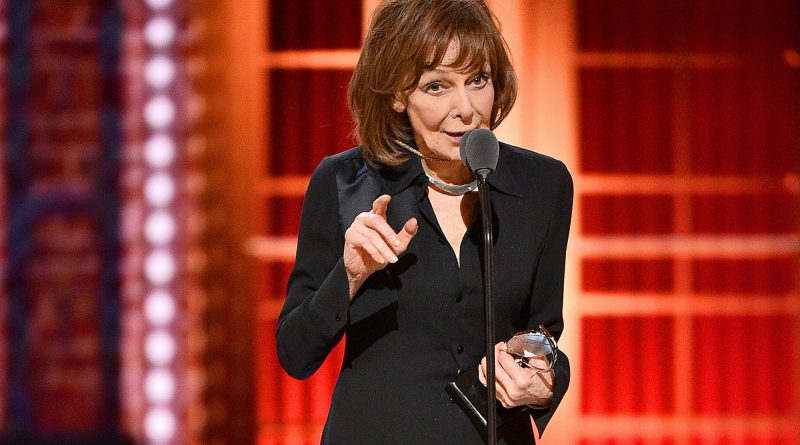 This month, Elaine May is getting an Oscar! One of Hollywood’s funniest and most talented ladies will, at long last, receive an Honorary Academy Award for her long history of great work in the film industry. When the honor was announced last summer, Academy president David Rubin said, “Elaine May’s bold, uncompromising approach to filmmaking, as a writer, director and actress, reverberates as loudly as ever with movie lovers.” The Academy’s renewed attention to Elaine May’s work and career accomplishments will introduce a new generation to her particular sensibilities, wit, unique perspective and voice.

There is a fascinating sort of mythology surrounding Elaine May’s early life. Born Elaine Berlin on April 21, 1932, she is said to have spent her early childhood touring the country with her father’s Yiddish theater troupe, rarely staying in one place for more than a few weeks at a time. She was just 11 when he passed away, and she and her mother settled in Los Angeles for the next few years. Elaine was a teenage bride and mom. She married Marvin May when she was just 16. She welcomed a daughter (the actress Jeannie Berlin) at the age of 18. And, she divorced Marvin May soon thereafter.

Because she’d dropped out of high school, she wasn’t able to go to college in California. This was post-World War II America, and the nation’s education system was in disarray. May wanted to study acting, so she set out for Chicago where school administrations were somewhat more open minded and admissions policies were generally more flexible.

CHICAGO SET UP WITH MIKE NICHOLS At the University of Chicago in 1950, while auditing classes, May developed quite a reputation as a rebel. She was known for challenging professors and provoking arguments. Her notoriety led a mutual friend to introduce her to theater student Mike Nichols, a pairing that would last well into the 1960s. May joined the Compass Players, a popular comedy improv group. Nichols joined not long after.

After a couple of years in the Compass Players, the duo struck out on their own, billing their act as Nichols and May. They booked gigs in New York clubs and later took their show to Broadway under the banner “An Evening with Mike Nichols and Elaine May.” The show was the kind of overnight success that takes years to achieve. Acclaim came from all quarters. Stand ups and critics alike said the Nichols and May brand of comedy was transformational.

Much later, in retrospect, May would recall their impoverished living conditions when they first arrived in New York, turning the hard times into a joke: “When we came to New York, we were practically barefoot. And I still can’t get used to walking in high heels.” And Nichols’ comments have indicated that they were genuinely surprised that they could actually claim careers as comedians. He said of their growing success, “We were stunned when we got to New York… Never for a moment did we consider that we would do this for a living. It was just a handy way to make some money until we grew up.” But the comedic partnership did more than make some money. In 1959, their album, Improvisations to Music, was nominated for Best Comedy Performance at the first Grammy Awards, a category they would win three years later for the recording of their Broadway show. The success of the albums and their growing fame and fan base opened many doors to top billing in top level venues.

But after just a few years in the limelight as a duo, they decided to pursue separate paths. Nichols moved into directing film and May, the accomplished improv artist, took up playwrighting. Decades later, in the late 1990s, the two would eventually work together again on two very popular films: The Birdcage (1996) and Primary Colors (1998) — May penning the scripts and Nichols directing them.

MAY ON STAGE AND SCREEN

Elaine May’s most successful stage work came with the 1969 play, Adaptation, a one-act comedy that was immensely popular during its off-Broadway run.

In 1971, she tried her hand at directing her first feature film, the very funny A New Leaf, which she also wrote and starred in alongside Walter Matthau. With A New Leaf, she became the first female director with a Hollywood deal since Ida Lupino.

As a director, May experimented with style and genre. But, her road was sometimes a bit bumpy. She bounced boldly from her dark romantic comedy, The Heartbreak Kid (1972) to Mikey and Nicky (1976), a chilling gangster film that was a stressed project plagued by budget issues and studio interference. The experience took May out of the director’s chair for a decade.

But, she didn’t leave the film industry. May stepped up to write the script for Heaven Can Wait (1978), a Warren Beatty comedy for which she was nominated for an Academy Award for her adapted screenplay. Heaven Can Wait was the first of her collaborations with Warren Beatty. The second was the ill-fated Ishtar (1987), written and directed by May and starring Beatty and Dustin Hoffman in one of the 1980s most misunderstood and unfairly maligned films.

After the second Gulf War, Elaine May’s notorious 1987 film Ishtar finally won the reexamination it deserved. Starring Warren Beatty and Dustin Hoffman, the satire tells the story of two failed songwriters who accept a gig in Morocco when they have no other options, and find themselves unwitting political pawns.

The film was under attack long before its release, because of a combination of its subject matter and its expensive price tag. Its failure at the box office and the vitriol that followed turned the very title into something of a punchline. Despite multiple previews with audiences ahead of its release, the studio distanced itself and the critics panned it. It became a punchline, even among many who had never actually watched it. May would later quip, “If all of the people who hate Ishtar had seen it, I would be a rich woman today.”

But, as with so much of May’s work, Ishtar has found renewed appreciation many years later. There have been sold out repertory screenings, and the film also found new life in home video. After North America was the only territory never to receive its DVD incarnation, Sony Pictures finally released it on Blu-ray in 2013.

In 2017, Charles Bramesco wrote in The Guardian, “[Ishtar] survives today primarily as a testament to the audacity of Elaine May’s ambition as a humorist, and a look at the potential future that showbiz wrongfully wrested from her.” Even with only a handful of film credits to her name, May’s influence in the industry is vast and she is an essential part of Hollywood’s history. Today, at nearly 90 years old she is still one of the funniest women around. Because she never backed down from a fight, and because she accepted every challenge that came her way, Elaine May helped forge a path for other women to find their voices and tell their stories.

When presenting her with the National Medal of Arts in 2013, President Barack Obama said, “With groundbreaking wit and a keen understanding of how humor can illuminate our lives, Ms. May has evoked untold joy, challenged expectations, and elevated spirits across our nation.” — Karen Peterson

EDITOR’S NOTE: For a full profile of Elaine May’s amazing life and work, read ReFocus: The Films of Elaine May by AWFJ member Alexandra Heller-Nicholas. Click the title for an exclusive excerpt of the book.