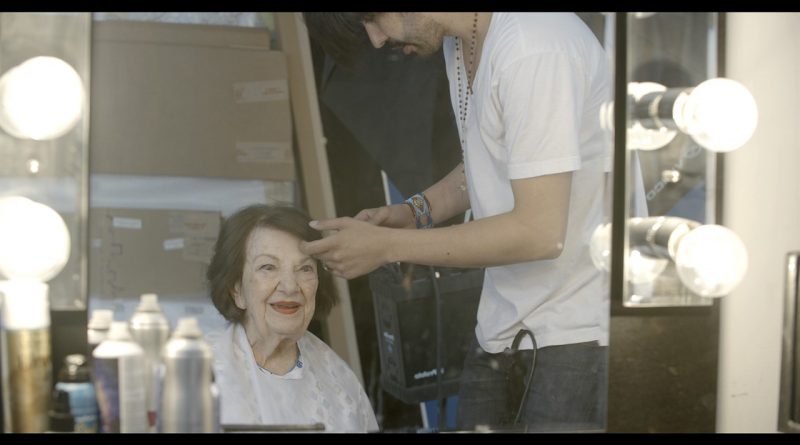 Christian D. Brunn’s Calendar Girl is part of the fashion documentary tradition that includes Diana Vreeland: The Eye Has to Travel, The September Issue and Unzipped, among many others. It’s tangentially about fashion; what makes it so compelling and important is its true subject, Ruth Finley.

A diminutive force of nature whose joie de vivre has carried her through a lifetime of triumph, tragedy and hard work, Finley is decked out even in her 90s as she heads to as many Fashion Week shows as possible where she’s treated as the icon she is. Talking heads — Carolina Herrera, Nicole Miller, Diane von Furstenberg, Betsy Johnson, Tadashi Soji, Thom Browne, Nanette Lepore and many more — attest to her longstanding importance to the industry being as great as that of any designer or influencer.

The film traces Finley’s founding in the 1940s of the Fashion Calendar, the publication she owned and operated for decades. Known was the ‘pink Bible’ for its color, it listed every fashion event in New York City, helping to create the industry it so meticulously covered. Finley produced the indispensable document in a decidedly low tech manner in her small office replete with a well worn rolodex and a handful of employees. Without a hint of bitterness or regret, Finley recounts how she ran the publication full-time while raising her sons (who are also interviewed) and the dual stigmas of divorce and being a career woman in the 1950s.

Besides capturing the early years of the New York fashion scene, the film tracks the changes to the industry that ultimately set the stage for Finley’s obsolesce. She knew the time had come to sell Fashion Calendar to the Council of Fashion Designers of America (CFDA) and does so. But the end of an era is always bittersweet. At least Finley was lauded in her own time. Calendar Girl includes her 95th birthday celebration with Finley’s family, her boyfriend Joe Siegel, and a who’s who of fashionistas. The film is not just a fitting legacy for Finley’s life and work; it’s a historical chronicle of New York fashion culture as well as the publishing industry.