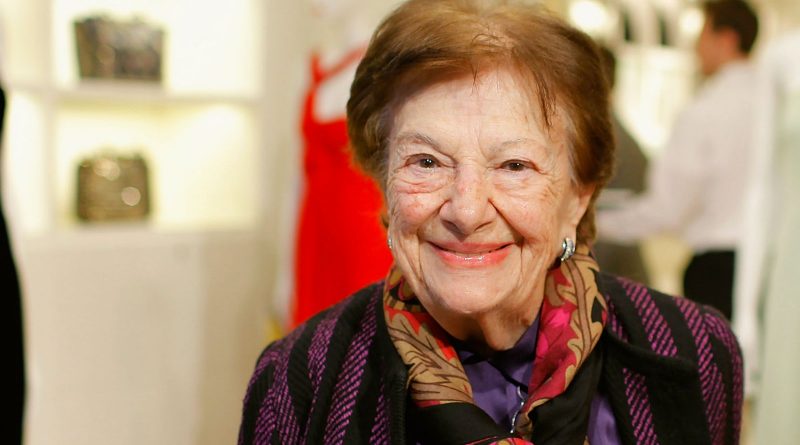 The documentary Calendar Girl isn’t about pin-ups or models. Instead, it focuses on the life of Ruth Finley, who changed the fashion world as we knew it just by creating a time table for American designers to show off their haute-couture wares at Fashion Week in New York City. For more than seven decades, Ruth Finley held the reigns to a calendar that scheduled every fashion event in New York City each year. She might have been petite, but Finley was a big deal when it came to making sure that designers were given an assigned space on the annual program.

That may not seem like such a big deal, but someone had to make sure each clothes maker was scheduled a slot to show their wares on the runway. “They talk today about the disruptors, in the economy, like an iPhone, or Uber, or all of these major disruptors, and the Elon Musks of the world,” shares Edie Weiner, President and CEO of the Future Hunters. “But in her day, Ruth was a major disruptor.” She also became a widow at age 39 while raising three young sons, even finding time to take her eldest to batting practice in Central Park. She also had the grace to deal with some rather high-strung designers, even if she was multi-tasking by making a tuna sandwich while on the telephone with a client.

But what could a magazine editor to do if two major show’s fell on the same day? Enter Ruth Finley’s Fashion Calendar in 1945. Unlike the Parisian shows, the U.S. Fashion Calendar was wholly democratic. That meant any designer who hoped to show during Fashion Week (then known as Press Week) needed simply to give Ruth a ring and call to reserve a date and time. For 70 years, Finley operated her business — plotting out the week, printing and distributing schedules in neat red booklets.

Finley operated her business just so—plotting out the week, printing and distributing schedules in neat red booklets before the Council of Fashion Designers of America (CFDA) acquired the calendar. A behind-the-scenes matriarch of American fashion, Finley remained more or less unacclaimed until the CFDA gave her a Board of Directors’ Tribute in 2014. Sadly, Finley would die at the age of 98 in August of 2018. If anything, she had a satisfying and wonderful life, both as a successful business woman and as a female entrepreneur who saw a need and managed to rise to the occasion for the greater good of all.