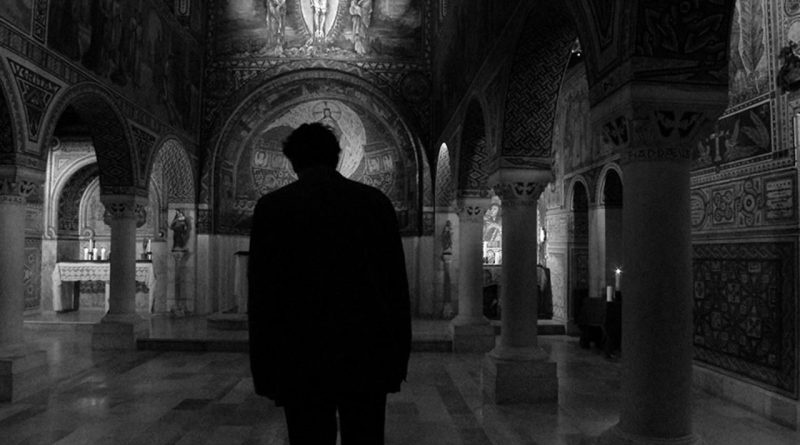 The hopelessness that pervades most of Nina Menkes’ Dissolution leaves a viewer in emotional freefall.

It helps that the lack of cinematic signposts situates an observer in the same realm of loneliness and isolation as the protagonist —and in a good way, if that makes any sense.

The solitary R (Israeli artist Didi Fire, who collaborated with Menkes on the film) is someone we meet as he vigorously sharpens a knife with the rhythmic assistance of a metronome.

He is a Jew living in a mostly Arab section of Tel Aviv, a claustrophobic corner — physically and psychologically — in a bleak and vaguely Bunuelian landscape.

Our antihero is broke, has an abusive landlady he hasn’t paid lately and lives at arm’s length from everyone and everything else around him.

Menkes has said the film is loosely based on Dostoevsky’s Crime and Punishment, hence the conversations about sickness, dreams and a capacity to speak to ghosts, and what looks like a dream sequence about a horse beating.

And then there is the killing of a local woman who acts as pawnbroker in the neighborhood.

The crime is not shown, only vaguely heard; in an apparently meaningless exchange just before the violent act the words “pure silver” come up in conversation, perhaps a reference to a Judas-like betrayal.

Or perhaps not — much here is in the eye of the beholder.

The protagonist is debilitated by grief and guilt, completely alone and surrounded by ongoing violence — neighbors arguing and breaking things, police everywhere, a lovers’ deadly quarrel.

Dissolution is a portrait of despair, permeated by the off-hand violence that’s presented in a banal and impersonal (visual) fashion. The film is in black and white and is mesmerizing to look at, albeit disturbing to experience.

There’s very little dialogue and the only music is some bits of electropop more nerve-shredding than any theremin.

This is a 21st century horror film and possibly the perfect movie for right now, given that all four horsemen of the Apocalypse — pestilence, war, famine and death — are currently at full gallop amongst us.

R’s journey eventually leads him on a dream-like wandering down a secret stairwell in the bowels of a church. A priest he encounters tells him, “You can ask for faith,” but like Thomas, our doubting central figure would have a sign … Whether he gets one or not is open to interpretation.

The title, Dissolution, may refer to the protagonist’s dissipation or a general breakdown, but the word has a very different meaning in the chemical realm. Perhaps in the spiritual realm too, for all I know.