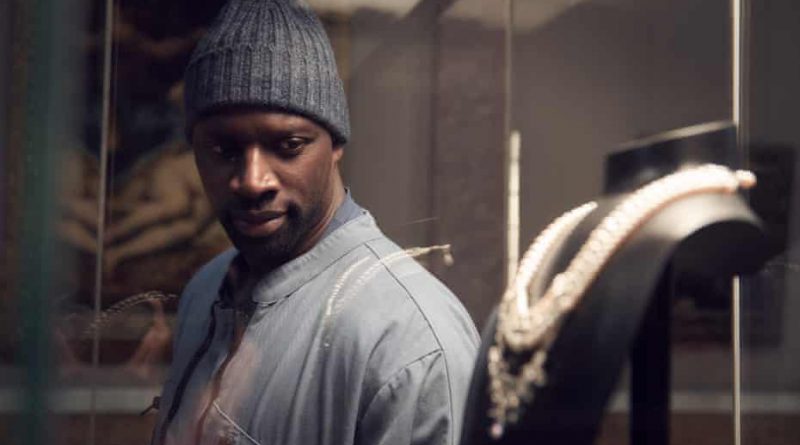 If you’re looking for a action series to stream, try the crime caper “Lupin,” celebrated as #1 in France. Either English-subtitled or dubbed into English, it’s Netflix’s third most successful global launch – after “Bridgerton” and” “The Witcher”

The ‘gentleman thief’ Arsene Lupin is a classic character created in 1905 by French novelist/short-story writer Maurice Leblanc, who serialized his adventures in the popular science magazine Je Sais Tout.

Assane is obsessed with avenging his widower father, who supposedly committed suicide in prison 25 years earlier. He worked hard to give young Assane the tools he’d need to thrive in French society, particularly a Lupin book, a gift that would shape his entire existence.

Assane disguises himself – first – as a janitor, just another ‘invisible’ Black man among many others working at the Louvre, then as a rich art-connoisseur attending an auction, utilizing the art of distraction.

After that, when Assane and his ex Claire (Ludivine Sagnier) are in a seaside town, their teenage son Raoul (Etan Simon) is kidnapped by one of Hubert’s henchmen. That’s when an honest detective, Youssef (Soufiane Guerrab), is introduced, along with Assan’s lifelong sidekick Benjamin (Antoine Gouy), plus Hubert’s daughter/Assane’s former flame Juliette (Clothilde Hesme), completing the ensemble.

Showrunner George Kay compares Arene Lupin/Assane Diop to Sherlock Holmes but, above all, it’s about putting a multicultural face on what it means to be French today, since the archetype has changed.

FYI: Like his fictional father on the show, Omar Sy’s real father came from Senegal.

On the Granger Gauge of 1 to 10, Lupin is a suspenseful 7, streaming on Netflix.