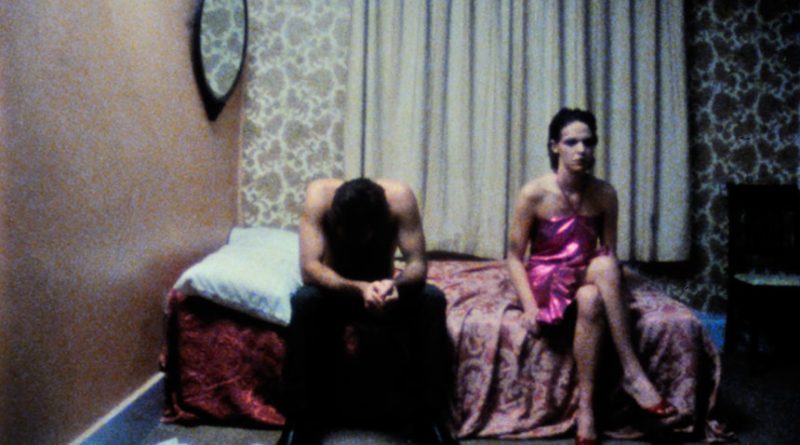 Experimental filmmaker Nina Menkes’s reputation for fearless, bold cinema is nowhere more readily evidenced than her groundbreaking 1986 feature Magdalena Viraga. Starring her sister and collaborator Tinka Menkes as Ida, that this character’s very name evokes associations with Gertrude Stein’s 1941 novel of the same name is no accident. Along with Stein, Menkes cites both Mary Daly and Anne Sexton in the film’s credits, thanking them for their “profoundly inspirational writings” and notes that “fragments from their poetry are included in the text of this movie”.

Even lacking familiarity with the work of these three pioneering feminist writers, it does not take long when watching the film for its literary heritage to emerge through the textures of the film itself; the carefully, at times almost formally, delivered dialogue creates a deeply satisfying tension with the pervasive rawness of the world which Menkes’s characters inhabit. And what a world it is. Following sex worker Ida through the day to day nightmare of her waking life (“living and working…suffering and working” as her friend Claire puts it), the film flashes back between past and present, revealing that Ida has been imprisoned and is to be executed for allegedly killing a trick.

Eschewing the tiresome cliches of classical storytelling, critics have therefore been given enough space to come up with varying interpretations of what in fact has happened to Ida, but as the film appears to go to great lengths to suggest, this is almost neither here nor there; there are much, much bigger things at stake. The film is drenched with Catholic iconography – a large crucifix even looms at the end of Ida’s bed in her crude prison cell – thus framing Ida’s fraught journey through the iconographic language of women’s guilt and shame that has been so deeply culturally entrenched from the story of Eve onwards.

But Magdalena Viraga is at its core a film where Ida’s pain always remains central to our experience. Perfectly described by John Gianvito at Cinema Scope as a movie that provokes “marrow-infiltrating discomfort”, there is a near-haptic subjective immersion that propels our connection with the film, particularly in the seemingly never-ending parade of sex scenes where Ida struggles to barely endure encounters with a series of anonymous tricks. Focused on her face in close-up, we watch her heavily made up eyes as she tries to turn away, or – as the film progresses – as her hands rise to protect herself in an unspoken but unmissable gesture that renders her consent in such scenarios far from ethically legible.

In Magdalena Viraga, Menkes situates the raw authenticity of Ida’s work in a powerful tension with the more theatrically delivered dialogue and, just as notably, her extraordinary eye for colour, texture and shape. Wrinkled fabrics, flickering candles and ornate wallpapers permeate the film, again amplifying the tactile nature of the movie, rendering it an experience that you can almost feel on your skin as much as process through the eye. Ultimately, it is this experience of sensory absorption that – when combined with the powerful emotional and ideological engine of the film – renders Magdalena Viraga such a wholly unique experience. A film to be felt as much as thought about, this is a film that leaves an unremovable stain.