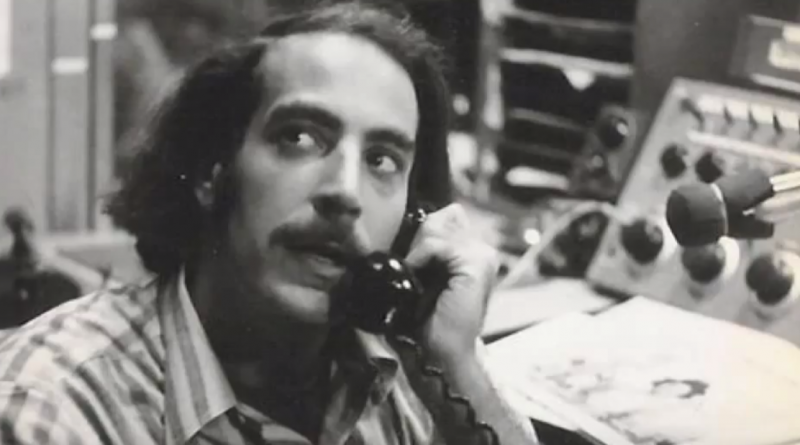 Playing in the FM Band: The Steve Post Story is a touching 80-minute documentary loosely based on Post’s autobiography of the same name. For many New Yorkers, Post’s presence on the air got them through tough days and the tumultuous times of the 1960s, all the way through 9/11, where Post’s anecdotes cut the confusion and clutter.

Often, we wonder what people will say about us when we are gone. Did we make people laugh? Were we as kind as we could have been? Will our existence be remembered and celebrated, mourned by loved ones, perhaps still able to bring a smile to an old friend’s face? So it goes for the late Steve Post, a groundbreaking New York by way of the Bronx radio personality brought back to life and vividly sent up by his loved ones, friends, and colleagues telling us of a life well lived albeit with some severe health challenges.

Many people miss Steve, and this film shares a lot of personal interviews that will give even more insight into Post’s career on the air. In the post-fifties world where facade ruled, Steve Post said the things that no one else would say on the radio, including criticizing the Vietnam War. Post was always described as funny, cynical, unpredictable, and honest.

For this reviewer, the most critical takeaway from Post’s requiem lovingly curated by director Rosemarie Reed boiled down to simplicity in describing his character: He was wonderful. Steve loved dogs, kids, his wife, described as a sweet talker who was openly vulnerable on air with his listeners.

The rest of this documentary is a stitching together historical markers that will show the first reviled Republican as Post’s nemesis was “Tricky” Dick Nixon. Interestingly, this former president had an interesting influence on Post’s work, and later, a chance meeting with Nixon arranged through peers saw his stance flip, as Post wound up having a friendly exchange with the late president.

Compared to today’s shock jocks, Post wasn’t hardcore. His cadence was more cerebral, expressed in observations served with inimitable on-air style, drenched with irreverent, witty, and caustic wry snippets of commentary. Post was prescient on his ability to pause for the best effect, and his ability to connect with anyone had a lot to do with the fact he was a former overweight kid who’d suffered because of it. He lost his mother very early and learned how to protect himself from bullies early with his wit and observational skills. He had a lot of empathy and was voraciously interested in people and the news of the day.

Post began his radio life as a volunteer at WBAI in 1965. Steve used his microphone to get inside people’s heads and emotions in a time he had creative license to craft a persona and deliver an earworm of a show for WBAI, and then eventually WNYC, public radio he fought tooth and nail for to keep public by way of prodigious fundraising, even going against at the time, Mayor Giuliani.

Early on, natural ability propelled him to cult radio hero status, as he innovated this “free form” audio storytelling. Joining WNYC-FM in 1982 (until 2001), Post was the host of Morning Music With Steve Post, combining music, commentary, and satire. When New York was reeling after September 11, 2001, WNYC-FM changed to an all-news/talk format. Post also was the station’s number one on-the-air fundraiser. He played an essential role in helping WNYC raise the money to buy the station’s licenses from the City and establish New York Public Radio.

Few anecdotes about Post’s dutiful and professional adherence can match the outrageous retelling of Post’s “locked in the bathroom” story. With a mix of voice-over retelling and animation, this unbelievable story of Post’s 1990s trip to the bathroom where he accidentally locked himself out of the station is a howler. Immediately he panicked when he realized he could not get out of the bathroom. And fearing “dead air,” he went out the bathroom window 30 stories above certain death, crawling on a narrow ledge and eventually re-entering the control room thanks to a shocked employee who was at the right place at the right time. Post squirmed back into the safety of the studio and never missed a beat, reaching his microphone just as the pre-selected music was fading.

The film foreshadows Post’s radio career by showing how he, as a child created, a radio show with his brother, and recounted his brief but memorable interactions with his Romanian grandma, whom he noted dropped lines with the timing of comedian Jackie Mason.

Health-wise, he was dealt a crappy genetic hand as he watched his mother succumb to colon cancer at age 38. Although the same diagnosis came for him at the same age, he survived that bout of cancer, only to be diagnosed with lung cancer in 2001. His death at age 70 in 2014 still reverberates for many generations of listeners who remember his broadcasts from the 1960s to now, and all the political sideshows, civil rights fights, cultural shifts and upheavals, and incendiary times that colored life for all of us, especially those who called New York City home.