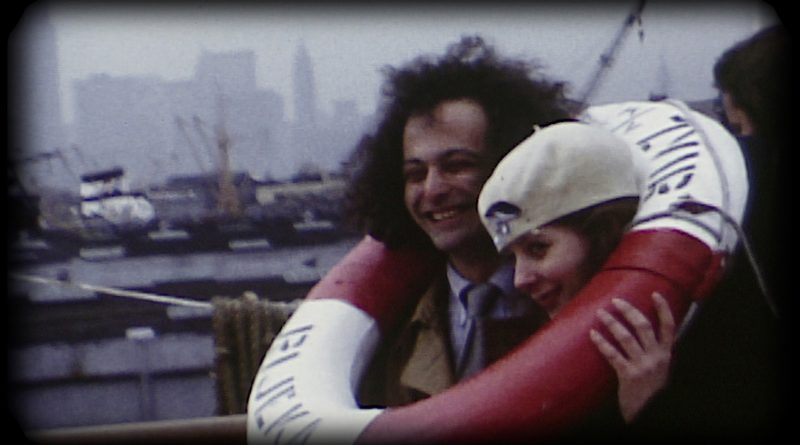 The Invisible Father is a wistful and warm look back by director Therese Heliczer on the life of a father she never knew. He was Piero Heliczer, one of the creative forces behind the underground cinema movement that ignited New York and inspired musicians like the members of the Velvet Underground in the 1960’s. Previous to this, he was a beat poet alongside the likes of Allen Ginsberg. However, Piero is all but forgotten now and Therese has made it her personal mission to help correct that with this film.

That she would care at all to dig deeper into a life that was a virtual mystery to her says much about her devotion and empathy to a complicated man whose relationship with her mother ended with her fleeing from his abusiveness. The Invisible Father raises important questions about how mental illness is addressed in a family. At one point, Therese reads a letter her father wrote to her saying that “the Devil” took her from him. By then, Piero Heliczer was a shell of the imaginative spirit that Therese’s mother Patti and others were captivated by.

John Cale of the Velvet Underground describes Piero as a “will o’ the wisp” which might seem cryptic but is an apt description of a mind that can skip from poetry to film to music and connect with people who are involved with any and all of those forms of expression. That may well be one of the reasons that he has been overlooked until recently. He is described more than once in the film as a networker who brought others together but that ability overshadows his power as a key contributor and influencer to the underground art scene of the 60’s. For example, Andy Warhol approached the Velvet Underground about a collaboration months after Piero started working with them. He helped organize multimedia performance art in New York and Europe seemingly with no regard for anything other than his work.

And that work certainly did not make him the best parent. It is both heartrending and gratifying that a man who lived a life that was stranger, and in at least one instance more horrifying, than fiction is now being appreciated for his talents by the offspring who paid the price for those gifts. The Invisible Father is more than a celebration of Piero Heliczer. It is a testament to the love, grace and forgiveness of his family who barely knew him to embrace and raise him up to the world as the creative genius he was.