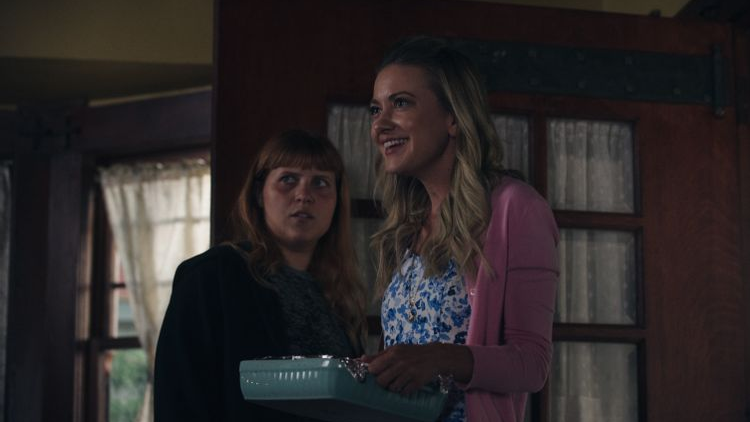 When a passionate stunt goes awry, political animal and liberal environmentalist Dorothy (Joey Ally) heads to her hometown of Alabaster, Texas. Her grandfather Frank (Bruce Dern) has been living in the house her family left her. When her childhood rival Brent is running on the Republican ticket, Dorothy comes up with a crazy but completely legal scheme to get the Democratic to win. As fate steps in, the funny and the frenzy ramp up.

Bruce Dern as Frank is a gem. He’s a living legend in my book, one that always seems to be working. His Fox News-inhaling Texas vet is charming as hell. Ian Harding plays the infamous Brent. Behind the conservative facade lies a conscious, and Harding cannot help his inherent charm.

D’Angelo Lacy is Dorothy’s roommate and best friend, Glenn. I love that Ally included a queer character. It’s more important now than ever and makes perfect sense for Dorothy as a character. Lacy is hilarious and endearing. I want to see more of him on my screens, large and small. Meredith Hagner as accidental Campaign Manager and childhood friend, Greta, is fantastic. The perfect balance of sweetness and bravery brings Greta to life.

Joey Ally performs a hat trick as writer, director, and star of The Hater. Playing Dorothy, she’s firey and owns the irony in the script. She represents the little voice inside so many of us. You will root for her manic honesty. Her unresolved childhood sadness is an important plot point. The Hater is as much a political satire as it is s story of redemption. Ally is nothing short of spectacular.

The Hater plays out against the backdrop of the 2020 election cycle. The dialogue feels incredibly natural, slyly introducing important national platforms. It’s funny and tangible. Beyond the liberal slant, the concept that “we are more alike than we are different” is the major theme. Watching women discuss politics is ceaselessly entertaining. The takedown of toxic masculinity with passion and logic is unmistakable. While you’re not looking, The Hater is predominantly about empowering women. Additionally, Ally doesn’t ignore the reality of both parties using dirty tactics. Through moral ambiguity and a whole lot of laughs, I loved every minute of this film.