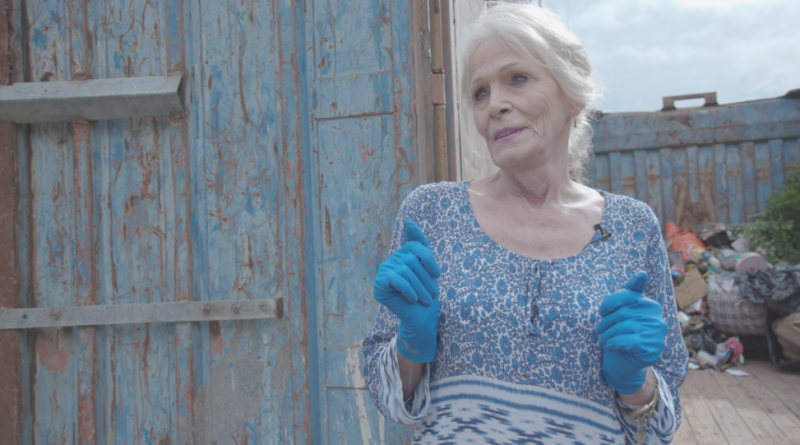 The first time I ever heard of crime scene cleaners was the episode You’re Soaking In It about Joan Dougherty in the first series of Errol Morris’s First Person in 2000. While some episodes in that series were little more than novel, quirky snapshots (the one about the parrot who witnesses a murder deserves a mention here), it was the Dougherty episode that has long since remained in my memory, exploring as it did the psychology and personality of someone who would dedicate their lives to something so unsavory, and yet so very, very necessary.

If it wasn’t for the fact that Lachlan McLeod’s Clean was set in my hometown of Melbourne, Australia, and focused on a woman whose story I was already somewhat familiar with, that it on the surface at least is presented as rehashing something I had already seen over 20 years ago by one of the world’s most famous documentary filmmakers would not have put it at the top of my ‘must see’ list. And McLeod, I am sure he would agree, is no Errol Morris. But then, to be fair, Clean is no First Person, either. Because while what is called here “trauma cleaning” (incorporating not just crime scenes but suicides, hoarders, meth-labs and the like) provides the structural scaffolding of the documentary, what lies at its core is in fact something altogether different.

While Clean has a peripheral interest in the trauma cleaning industry, its focus here instead is specifically on the owner of Melbourne company STC Services, Sandra Pankhurst. The subject of Sarah Krasnostein’s 2017 book The Trauma Cleaner: One Woman’s Extraordinary Life in Death, Decay & Disaster, it is Pankhurst’s story that very much lies at the heart of Clean, and what a story it is. McLeod is to be commended on holding his cards so close to his chest in terms of how he paces the telling of Pankhurst’s frankly extraordinary life story, and to give too much away here would do a great disservice by limiting the potential experience of discovering it on your own. Suffice to say, if there was ever someone who deserved to have their story told in a documentary on the international stage, Pankhurst surely must be it.

Where the documentary is less strong however is how it connects Pankhurst’s journey to the broader subject of trauma cleaning – there is overlap, certainly, but at times those connections are at best clumsily made, explicit statements to the tune of “we all have trauma” not quite the invisible segues they could be. At its best, things like vicarious trauma and the mental health of STC Services’s employees offer a fascinating insight into this kind of work and the need for it, but the flip side to this are some cleaning vignettes whose tabloid tone is completely out of whack with the otherwise delicate touch through which Pankhurst’s own story is told. Despite this unevenness, it’s always Sandra and her story that rise to the top – which is exactly how it should be.