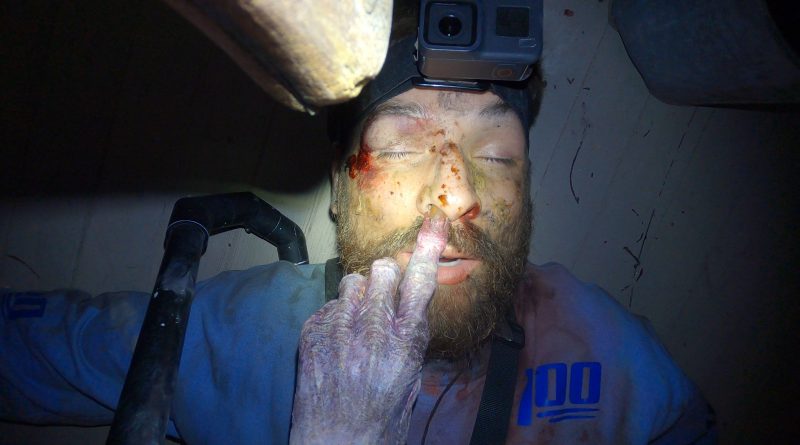 Horror-comedy films are hardly rare, but considering their ubiquity it’s somewhat daunting to reflect upon the depressing reality that very few are, in fact, both funny and scary. Rarer still are horror-comedies that somehow manage to be funny and scary at the same time. Jordan Peele’s Get Out of course is perhaps the new benchmark for such accomplishments, but sometimes, seemingly from out of nowhere, other masterclasses pop out of the woodwork. While not looking like much out of the ordinary on paper, make no mistake: Deadstream is such a treasure.

The debut feature for Vanessa and Joseph Winter, the latter plays Shawn Ruddy, a one-time successful livestreaming celebrity down on his luck after a series of controversies who gets one last big chance to reboot his career and reputation. Telling his followers that he will spend an evening in a real-life haunted house and will film the event live, shallow Shawn’s online persona darts between glib and cloying until he becomes increasingly desperate when he discovers that not only is the house legitimately haunted, but that the spirit is just as hungry for popular approval as he is. When two attention hungry divas go head to head – one living, one not so much – what will play out across the evening is anyone’s guess.

Shot in Utah and riffing on the legacy of found footage horror and the interface-heavy format that marks so-called screenlife films, Deadstream is surely the next big thing. Never ‘out there’ enough to alienate a casual horror viewer, Deadstream has no interest in pushing the limits of the genre in any particularly experimental way, rather it seeks to do what far too many horror films forget: it understands the mechanics of the genre on a meticulous level and use that knowledge to create something wholly captivating that feels completely fresh. Deadstream is outrageous, delightful and deeply satisfying, a breath of fresh air in a genre that can far too often feel old and musty.