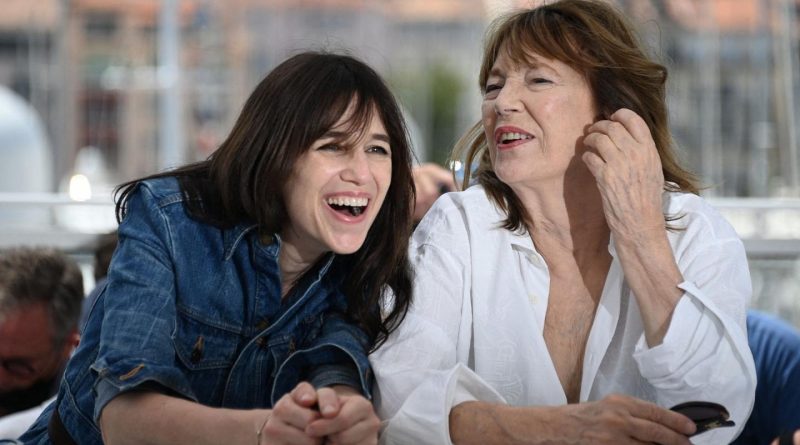 Charlotte Gainsbourg grew up the daughter of actors Jane Birkin and Serge Gainsbourg and has been onscreen since she was a teen. So it’s both not surprising and intriguing that for her directorial debut, the documentary Jane by Charlotte, she turns the camera on interactions with her famous mom.

The two have a relaxed rapport as they rehearse singing onstage, shop for a bulldog, dine out, and hang around Birkin’s home in Brittany, giving Jane by Charlotte the loose construction of home movies. While that makes for some warm moments, it also gives little context for comments and events that could enhance the emotional impact.

The press notes share that Gainsbourg followed her mother for nearly three years, from a concert in Tokyo to October 2020, but the film itself doesn’t orient viewers to this passage of time. Jane by Charlotte also assumes that viewers are familiar with Birkin’s filmography and life. A singer and fashion icon as well as an actor, she received the Order of the British Empire and has over 90 credits, including 1982’s Evil Under the Sun and 1988’s Jane B. for Agnes V., an experimental imaginary biopic from legendary director Agnès Varda.

Jane by Charlotte includes some home movies of a younger Birkin with Serge Gainsbourg and their children, but it has no clips from Birkin’s many projects, which might deepen an audience’s connection and understanding. Instead, the film mixes Charlotte Gainsbourg’s handheld footage and still photography with additional footage from cinematographer Adrien Bertolle while she and Birkin talk, leaving viewers to piece together revealing details. The framing is odd in some shots, as if Gainsbourg set the camera down on a table. While that has an intimate eavesdropping quality, it also holds viewers at a remove. It’s humorous to hear Birkin relate how she slept bundled up to her neck during her relationship with Serge Gainsbourg. Knowing that the couple caused a stir in the 1960s and 1970s with sexually explicit songs and films gives that anecdote a whole other layer of wryness.

Similarly, when Charlotte Gainsbourg mentions her mother’s “illness” or Birkin touches on “tragedies like Kate,” her oldest daughter, viewers are similarly in the dark. The film does not share details about Birkin’s health or that photographer Kate Barry, Birkin’s child with composer John Barry, died after a fall in 2013. Regarding Kate, Birkin confesses she wonders what she could’ve done differently, apologizes for not thinking of her other children’s “distress,” and grows teary. The revelations seem to be only for those in the know, like Charlotte.

Jane by Charlotte fares better when mother and daughter visit the apartment that they shared as a family with Serge Gainsbourg for twelve years. Charlotte has kept everything mostly as it was since his death in 1991. (Some canned goods exploded, she explains.) “It’s like Pompei,” Birkin muses, gingerly touching glasses and wondering whether her old perfumes on the bedroom vanity still smell. She shares how Kate used to scratch the underside of a table when Serge would scold her, and Charlotte delights at feeling the markings she’d never known were there.

As a performer, Charlotte Gainsbourg makes bold choices, working with directors Lars von Trier (Melancholia, Antichrist) and Gaspar Noé (Lux Æterna). One wishes that here, she would have plumbed deeper. She clearly adores her mom, photographing closeups of her hands and face, admiring her optimism and curiosity, and wanting to stop time to have more of it with her. Yet without context for Birkin’s comments or her career at large, Jane by Charlotte becomes how Birkin says she views herself as she ages: a bit blurry.