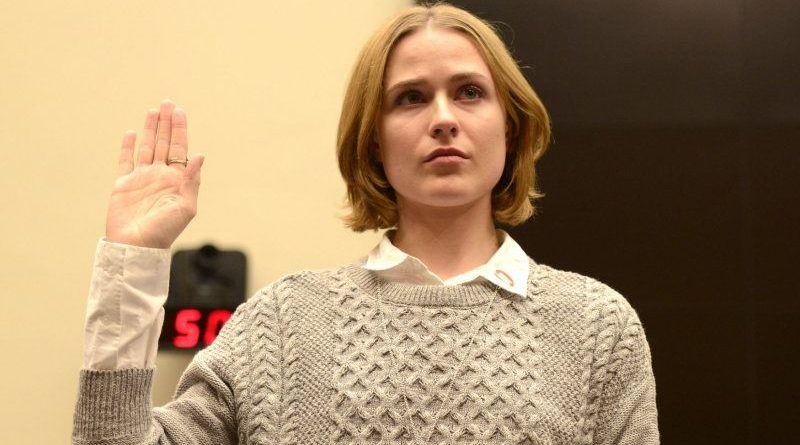 You might feel the need to shower after watching Amy Berg’s new two-part documentary, Phoenix Rising.

The film focuses on Evan Rachel Wood, 34, and chronicles her past abusive relationship with Brian Warner, 53, better known to the world as shock rocker Marilyn Manson.

Over the course of two 70-odd minute features, Wood claims that Warner groomed her when she was just a teenager and lured her into an abusive relationship that involved threats, sexual mistreatment and physical and emotional violence.

The films offer a relentless pile-on of grisly detail.

It’s difficult to write about Phoenix Rising because these are all real people embroiled in an ugly situation, and yet, at a certain point you’ll be tired of all of them— a fault of filmmaking, not character.

(As for Manson, he’s been publicly declaring himself a monster for years. Who are we to argue?)

In Part One: Don’t Fall, Wood, 34, introduces her family and fellow advocate Ilma Gore, and talks about her five year relationship with Warner/Manson, that began when she was 18.

Along the way, we learn about Wood’s childhood — she’s been acting all her life — and meet her ineffectual parents; a predator will have seen Wood’s vulnerabilities from a mile off.

Manson, she claims, isolated her teenage self and separated her from any family and friends who might have helped her. He poisoned her relationship with her mother and erased supportive people from her life.

The shoot for the infamous Heart Shaped Glasses video seems to have been a turning point. Wood says Manson assaulted her while the cameras were rolling.

“I was coerced into a commercial sex act. I was essentially raped on camera,” she says in the documentary.

Somewhere around 2018, Wood spoke out about her ordeal but did not name her abuser. Still, other women came forward, saying they knew who she was talking about. When the women discovered they were too late to press charges against their abuser, Wood wound up testifying in the California legislature, helping the passing of the Phoenix Act in 2019. It gives survivors more time to press charges against their abuser.

That tiny triumph is followed by more descriptions of life with Manson, and all the starvation, sleep deprivation, death threats, endless humiliation and exposure to his affection for Nazi paraphernalia this entails.

Part 2: Stand Up, is more of the same, only more so. Wood meets up with other victims of Manson’s and the women swap tales of abuse. Wood talks about being brainwashed, suggests her drugs were being laced with meth, and accuses Manson of giving her sleeping pills and raping her while she was in a semi-conscious state, not to mention tying her up, torturing her and giving her electric shocks on her genitals.

There was cutting and blood drinking. When she tried to leave, he’d “love bomb” her.

As in part one, interspersed with all this are clips from whatever movies Wood was doing at the time, including The Boxer, Mildred Pierce and The Ides Of March.

It’s a little confusing, watching real life and reel life spliced together like that, but it’s just one of the disconcerting things about Phoenix Rising.

There’s a lot more going on here than the expose of an abuser.

The cult of celebrity has already warped this story — both Wood and Manson have complicated public personas. Both are essentially unknowable, except for what the rest of us project onto them.

Celebrities are the green screens of humanity. Endless pop culture news has further muddied the waters. Where is the line between public display and private life?

While you don’t doubt what Wood says here about the abuse, there are sections of this second part that seem a bit of a stretch, such as her leaving town in fear. Other parts seem performative and many feel repetitive.

There’s a break from the pain in a brief, sweet segment that shows Wood with her little boy, singing a Chanukah song. The stark contrast with everything that’s gone before is staggering, and perhaps Part 2 could have used more such hopeful glimpses.

Last year, Wood decided to go public with Manson’s name and that’s how Stand Up ends.

To be continued, no doubt.