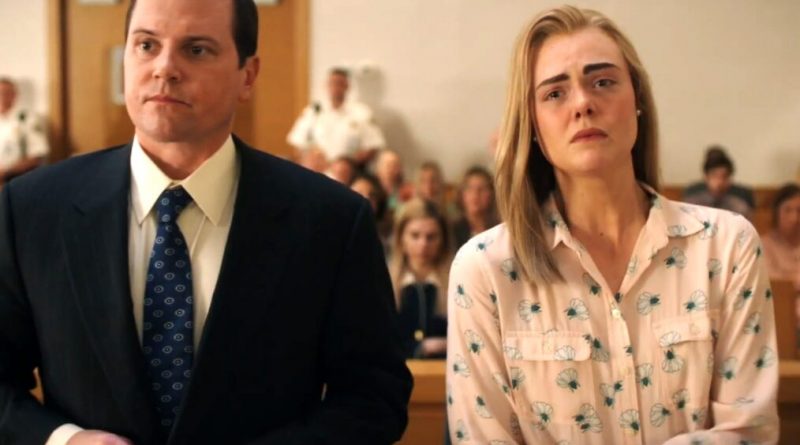 Coming to Hulu March 29th, The Girl From Plainville is inspired by the texting suicide case in which 17 year old Michelle Carter was convicted of involuntary manslaughter for coercing her boyfriend Conrad Roy to kill himself. There was a documentary on the subject called I Love You, Now Die released in 2019, but this narrative brings something more, because it can be as subjective as it wants to be. As such, it offers one performance by Elle Fanning as Michelle Carter that so magnetic you can’t take your eyes off her, and another by Chloë Sevigny, who plays Conrad’s tortured and grieving mother Lynn Roy, that is as heartbreaking as Fanning’s is chilling.

The first of eight episodes was released at SXSW, and was directed by Lisa Cholodenko, but supporters of women in film will be happy to know all of them are female-helmed. Direction duties of the subsequent episodes are distributed between her, co-showrunner Liz Hannah, Zetna Fuentes and Pippa Bianco. It’s great to see additional women below the line, including two of the four producers, editor Kate Hickey, and costume designer Mirren Gordon-Crozier.

Playing Carter as alternately devastated and looking for attention any way she can, Fanning brings a new level of creepiness. The scene in which she mimics Lea Michele in an episode of Glee while checking herself in the mirror is truly terrifying. Why is she using pop culture to fabricate emotion as it relates to the supposed love of her life? Hulu wants us to watch the whole series to figure that out. Between Fanning’s doe-like innocence, and the sharp look in her eyes as she obsessively fights for relevance as the one left behind with Roy’s family and her own friends and family, she hooks us completely. We have to watch her. We have to find out how it all plays out.

True crime fans are going to eat this miniseries up, but so too will lovers of entirely committed yet nuanced performances. Fanning already shows she has what it takes to carry the series in just the first episode, but if Colton Ryan, who plays Conrad Roy, turns in work like he did as Connor Murphy in Dear Evan Hansen, we have a lot to look forward to in the next 7 installments of The Girl From Plainville.