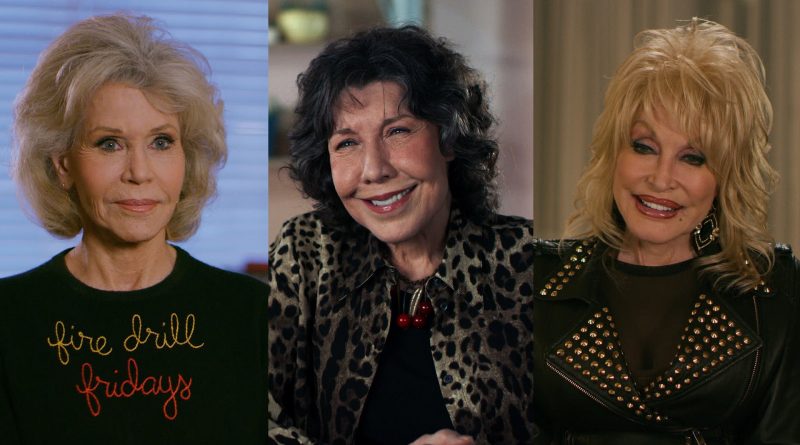 More than 40 years after three secretaries plotted against their boss—a “sexist, egotistical, lying, hypocritical bigot”—the screwball workplace comedy 9 to 5 is as relevant as ever. The entertaining documentary Still Working 9 to 5, debuting at the 2022 SXSW Film Festival, is both a breezy romp through the making of the 1980 film about workplace equality and a sobering look at why it still resonates.

“Child care, maternity leave, paid sick time—all of those things at the center of the movie, women are still fighting for,” says labor organizer Karen Nussbaum.

The 2020 documentary 9to5: The Story of a Movement explored how the inspiration for the original film came from the real 1970s labor movement of female office workers demanding better treatment and benefits. Nussbaum co-founded the movement with college friend Ellen Cassedy and was friendly with Fonda, who thought the office workers’ stories could be a film.

Producer Bruce Gilbert agreed but wanted a comedic tone similar to the comedies and satires of Preston Sturges to help sell the social commentary. From Fonda bringing Tomlin and Parton aboard to the script changing hands, the actors have engrossing anecdotes. They all clearly like each other, although Tomlin first stepped away from the project over the “slapsticky” humor. Parton found Fonda sweet after getting an earful over Fonda “being such a radical gal.” They also discuss Parton’s famous figure, with Tomlin noting, “A couple of times, we did have a collision.”

It’s a treat to see archive footage of the three in promotional interviews and also singing (or trying to sing) Parton’s hit song “9 to 5” while she strums an acoustic guitar.

Yet Still Working 9 to 5 also delves into why the film struck a chord, citing statistics on pay disparities, among other issues. Even today, the film notes, a white woman earns 79 cents for every dollar a white man earns; black women earn 61 cents, and Hispanic women earn 54 cents.

Released in December 1980, 9 to 5 grossed $103 million, placing it second in that year’s box office earnings behind only Star Wars Episode Five: The Empire Strikes Back. The comedy arrived during the national discussion over ratifying the Equal Rights Amendment to the Constitution, which Congress passed in 1972. Thirty-eight states were needed to ratify it. In January 2022, President Joe Biden, noting 38 states now support it, asked Congress to recognize it.

The documentary also briefly touches on the 1980s sitcom Nine to Five starring Rita Moreno, as well as two musicals in 2009 and 2019. Of all people, disgraced producer Harvey Weinstein invested in the 2009 version and quipped at the time, “I know that everybody in my company wants to kill me.”

If anything, Fonda observes, today’s environment of subcontracted jobs makes working conditions worse. “Where do you go to complain when you’re part of the gig economy?” she says. “The whole idea of promotions, benefits … They’re a thing of the past.”

Supporting other women and finding agency isn’t—one reason the original story rings true. As Moreno notes, “I recognized the value of being a woman because it was lauded in the film.”