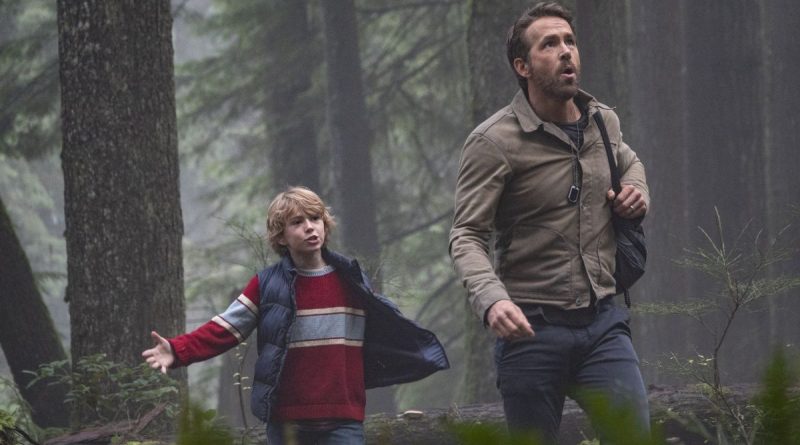 Still grieving over the death of his father, nerdy, asthmatic 12-year-old Adam Reed (Walker Scobell) finds it difficult to cope with the Rainier, Washington, school bullies. Then, one night, he discovers a wounded fighter pilot hiding in his garage.

To Adam’s astonishment, the pilot (Ryan Reynolds) turns out to be a buff, older version of himself from 2050, when time-travel is trendy. He needs incredulous young Adam to help him on a secret mission which involves going back to 2018 to find their workaholic physicist father, Louis Reed (Mark Ruffalo), who can save future mankind from total chaos by changing the past.

Further complicating their mission is older Adam’s love for his wife Laura (Zoe Saldana), another jet pilot traveling along the time-space continuum.

Credit perceptive screenwriters Jonathan Tropper, T.S. Nowlin, Jennifer Flackett and Mark Levin for a provocative PG-13 script that delves into healing universal father/son issues, reminiscent of Back to the Future, E.T: The Extra-Terrestrial, and Flight of the Navigator – with a Star Wars lightsaber.

Jennifer Garner, who plays Adam’s mother, previous teamed with Mark Ruffalo in 2004’s 13 Going on 30. She scores in a touching scene with Reynolds, and her own golden retriever Birdie plays the Reed family’s dog.

Full Disclosure: my son Don Granger is one of the producers. In 2012, Paramount Pictures bought the spec script Our Name is Adam as a vehicle for Tom Cruise; it was in turnaround until Skydance signed Ryan Reynolds/Shawn Levy and got funding from Netflix.

On the Granger Gauge of 1 to 10, The Adam Project is a sweetly nostalgic, sci-fi 7, streaming on Netflix.