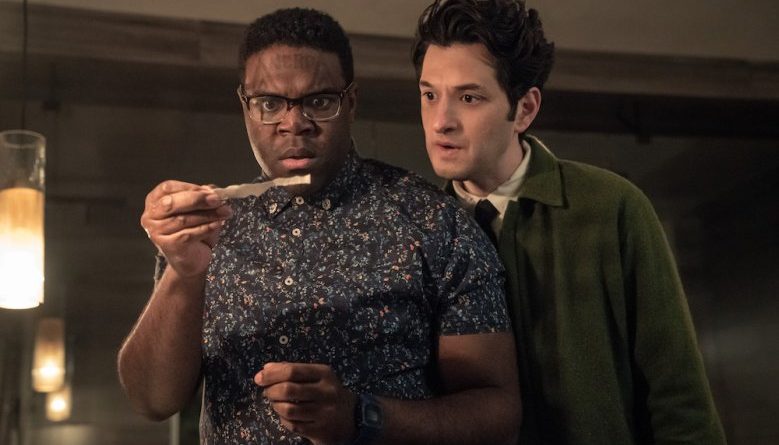 The AfterParty follows on the stealthy footsteps of another recent streaming mystery, Only Murders in the Building. Both detective stories solve crimes in episodes, and both do so with humor and lip. Both present large casts of fine actors, and both exploit media beyond film as well as respect the beloved genre of the murder mystery in films and books.

The AfterParty takes place after a high school reunion. Reunions are traumatizing enough, but this afterparty includes the death of the host, Xavier. He’s a half-blond rock singer who sports a sports jacket sans shirt. Xavier is played ever so believably by Dave Franco. His classmates include two ultra pregnant women named Jennifer, a grudge-bearer (Ilana Glazer), a nothing-burger named Walt, whom no one knows or remembers ever; Yasper, the wise-acre whose career perches on the edge of the commode and who’s played very well by Ben Schwartz; and Aniq, his face made up like a kitty and his heart still pining for Zoe, played by Zoë Chao. Sam Richardson delightfully plays this sweetheart, who’s the first accused of Xavier’s murder.

Assigned to solve the murder is Detective Danner, played by a sober-sided Tiffany Haddish. She interrogates and negotiates the classmates with sass. She’s especially good in the digression about her past work, a diversion that, of course, turns out to help solve the murder. Everything leads to the end when she issues the classic command to her lieutenant, “Just gather everyone in the living room.”

All eight episodes of The AfterParty are directed by Christopher Miller, who not only created the series and wrote the story but who also wrote some of the scripts with other writers. Miller’s credits include Cloudy with a Chance of Meatballs. He knows a red herring when he flings it shoreside for a plot. He knows the place of black and white flashbacks. He also knows, from experience with Clone High, how to mix colorful animation in the film. That element works as well as the herrings and flashbacks and plot line to make The AfterParty devious.

Yasper insists throughout that he gave Xavier his tagline, “How great is this party?” The same could be asked about this series. But be warned: the best way to watch is on a bit of a binge, for leaving weeks in between episodes means losing track of who is who and what is what and, thus, of whodunit. The AfterParty may be the worst reunion ever, but it is also the most fun to watch.