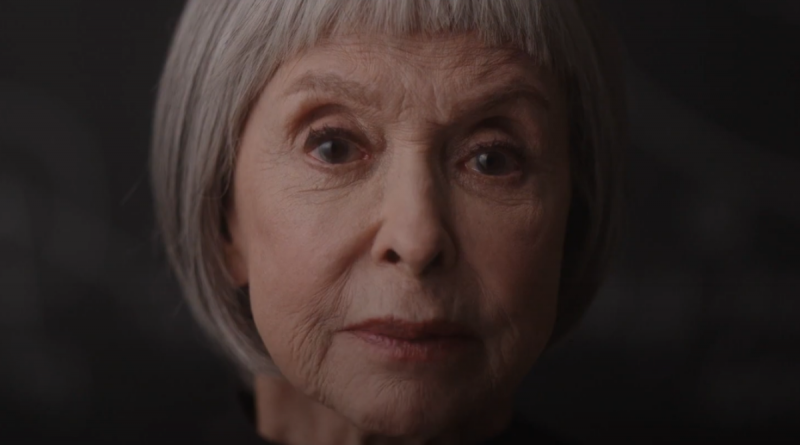 What a glorious thing it is to see Rita Moreno in a film that casts her completely against type! In this alternate universe of The Prank, Dark Rita is terrifying and David Keith is very funny. Director Maureen Bharoocha obviously has a blast in playing on the “teenagers in danger in small town USA” thriller trope and her cast is game to play along.

Not only do we get to enjoy Moreno and Keith, Kate Flannery from The Office is a curmudgeonly delight as cafeteria matron Loretta. Connor Kalopsis as Ben, the earnest teen overachiever, does his best to look and sound like Michael O’Keefe in Caddyshack. He pulls it off for the most part as straight man to his best friend, Tanner (Ramona Young.) She is unfortunately cast as a stereotypical Asian American who is great with tech, but unlike Ben she is a complete slacker. She also carries much of the comedic weight of the film, with some uneven results.

The Prank purrs like a twisted kitten when Moreno and Keith face off against each other. As high school physics teacher Mrs. Wheeler and principal Henderson respectively, there mutual loathing bubbling under a veneer of professional courtesy is just priceless. There are some great moments of satirical commentary about the fleeting attention spans induced by social media but the plot is fairly predictable.

While not particularly gory, there are a few nice jump scares for horror fans. Bharoocha keeps the humor from getting too broad but some of the jokes do fall flat, particularly with a few of the younger cast. Meredith Salenger is not given much to do as Ben’s mother, which is a shame. She is supposedly a recent widow but we do not see her mourn or get any insight into her relationship with her late husband. Nor do we learn anything about Ben’s interactions with his dad except that he feels compelled to push himself academically to honor his memory. It’s all somewhat cliché but there is a sense of humor about the overall film that keeps you engrossed until the end. Besides, how often to you get to see Moreno in black gloves explaining Newton’s laws of motion?